French voters are casting their ballots in the opening round of a presidential race that could become a cliffhanger.

Emmanuel Macron has a fight on his hands from far-right challenger Marine Le Pen, who has been galvanised by a slick election campaign.

Forty-nine million people are eligible to decide which two of 12 candidates should take part in the run-off vote.

The president spent little time on the race, focusing instead on Europe’s reaction to Russia’s war in Ukraine.

One issue more than any other has predominated this election: the spiralling cost of living in energy bills and shopping baskets.

When he came to power with a new party in 2017, Emmanuel Macron swept away the old allegiances, and the two big parties are still nursing their wounds.

Socialist candidate Anne Hidalgo has struggled to be heard, while on the right Valérie Pécresse has failed to excite the Republicans.

Now, the main challenge to Mr Macron, 44, is coming from Ms Le Pen on the far right and Jean-Luc Mélenchon on the far left.

Some are even predicting the president could lose.

‘I still don’t know who to vote for’

Voting began at 08:00 (06:00 GMT) in mainland France and ends in the big cities of Paris, Lyon and Marseille at 20:00 local time. What adds to the uncertainty is that days before the vote, one Ipsos opinion poll suggested 37% of people were still undecided.

First the Covid-19 pandemic and then Russia’s invasion overshadowed this election.

“The campaign’s been going on for two months and there hasn’t been much debate,” complains Ourdia, a café owner in north-west Paris. “I still don’t know who to vote for.”

The old tribal tradition of voting either for the left or right has gone. One market trader in Paris said he was yet to decide whether to vote for Marine Le Pen, 53, or 70-year-old Jean-Luc Mélenchon.

Philippe Bridou, a former Socialist voter in south-western city of Perpignan, told the BBC he had switched to the far right because “security is important, immigration is important too because it’s a subject now – and the left wing doesn’t discuss it”.

For many voters, the old stigma of voting for the far right has gone. After she was trounced by Mr Macron in 2017, Ms Le Pen rebranded her National Front as National Rally, even if many of her policies have hardly changed. She has also come across as more moderate than far-right rival candidate Eric Zemmour.

All up in the air

“The election race isn’t over at all,” said Brice Teinturier of polling institute Ipsos.

Turnout is key because the pollsters suggest as many as 28% of voters may not show – a level not seen for 20 years – and the least likely to bother are 25-34 year-olds. Then there are the so-called votes blancs – the ballots left blank as a protest.

Tactical voting may also play a part, if voters decide to back one of the favourites because they have more of a chance of winning than, for example, Greens candidate Yannick Jadot.

The French economy is in decent shape and unemployment has fallen to 7.4%, but voters are not feeling the benefit.

That’s because prices are going up across the board, at the shops, the market, the petrol pump and in domestic energy bills. The phrase you hear everywhere is pouvoir d’achat – which translates as spending power but is better known in English as the cost of living.

Thierry, who lives outside Paris and runs a shoe stall, says prices have gone through the roof. “The cost of shoes has gone up by 20% to 30% and all the taxes have gone up too,” he points out.

‘People are a bit disgusted’

For Marine Le Pen, the spending crunch is also a big opportunity. She has spent less time talking about nationalism and focused more on low wages, saying she’ll waive income tax for under-30s.

But she still wants a referendum on restricting immigration, she wants to ban the Islamic hijab in public areas and wants radical change to the European Union.

She has distanced herself from Russia’s Vladimir Putin, even though she went to see him in 2017, used to admire him and her party is still paying back a Russian loan.

By contrast, voters have been unimpressed with revelations that the Macron government has spent increasing amounts of taxpayers’ money on consultants such as US firm McKinsey. “People are a bit disgusted who gets the money,” said Thierry.

Mr Macron entered the campaign late, with a rousing rally eight days before the vote. While his adversaries were criss-crossing France, he was focusing on diplomacy in Russia’s war in Ukraine.

He only got going on his main adversary shortly before campaigning ended, condemning her policies as racist and “very brutal”.

The first round will only decide the top two candidates, but already the race is tight. 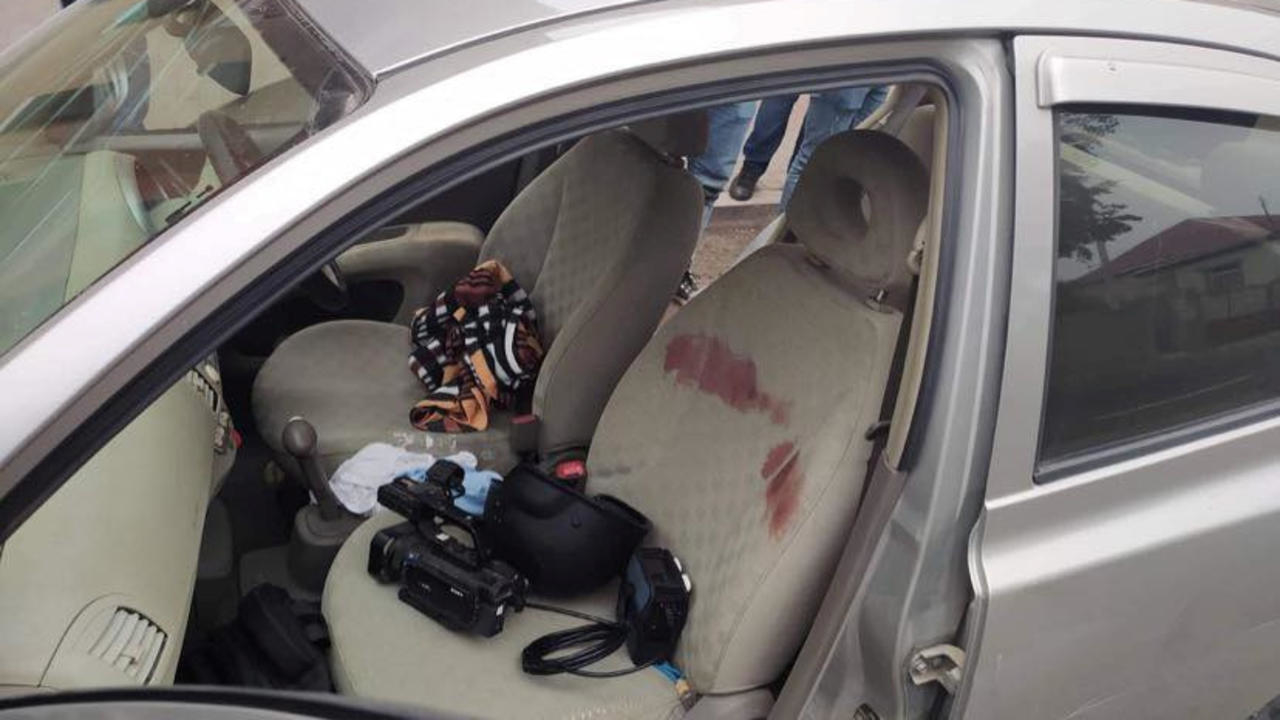