David Platt and Shona Ramsey look set to face a whole new nightmare in Coronation Street as Jack P Shepherd has hinted that Shonas killer son Clayton – the teenager who murdered Davids wife Kylie – could be released from prison.

When David discovered the link between Shona and Clayton, he was shattered but the couple eventually overcame it, having fallen in love. Now, they are stronger than ever, with Shona helping David through his rape ordeal at the hands of Josh Tucker.

They have even talked about marriage but one thing that remains a sore point between them is Clayton as David recently made a jibe about her son when she caught David carrying a flip knife for protection.

So could Clayton soon be heading back to cause a huge divide between the pair?

Jack told Inside Soap Magazine: If Shonas son Clayton were to be released from prison, it would mean a lot of heartache for David and Shona. That could split them – but there is a lot that might keep them together too – so they might still get married!

If so, Clayton would certainly be an unwelcome wedding guest for the Platts – but Julia Goulding, who plays Shona, is all about the high drama.

She said: Id like to see David and Shona stay together for a long time. With soaps we dont often see relationships stand the test of time so I want to find out where they could go. But theres not as much drama in the happy times…

Happy times? For the Platts? We think its safe to dismiss that…

MORE: Coronation Street spoilers: All over for Sally and Tim Metcalfe as she is jailed? 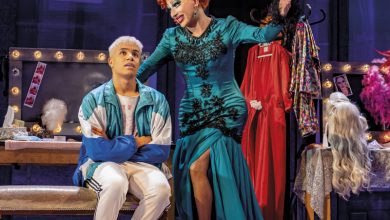 How Everybody’s Talking About Jamie brings ‘joy to the world’