The fashion world has lost one of its largest (literally) characters.

The 6’6” French designer was perhaps best known for the wardrobes he created for his longtime muse, Audrey Hepburn – kitting her out in films such as Breakfast at Tiffany’s and Funny Face.

Full of old-school glamour, Givenchy started his house in 1952 and continued producing for over 50 years.

He dressed a plethora of fabulous women, including Princess Grace of Monaco, Jackie Onassis, Jane Fonda and the Duchess of Windsor.

Last year, he opened his ‘Hubert de Givenchy’ exhibition at the Museum of Lace and Fashion in Calais, where, according to WWD, he said: ‘Mine is one of the most beautiful professions in fashion: making others happy with an idea’.

‘I am happy because I did the job I dreamt of as a child.’

He sold his label in 1988 for $45 million to the LVMH group, but remained as head of creative design for seven years before retiring in 1995.

In the following years, various big names came through the door.

Givenchy is survived by his partner Philippe Venet and his family has asked that instead of flowers, mourned donate to Unicef in his name.

MORE: It looks like the perm is making a comeback

The it skirt you need in your life for autumn 2018 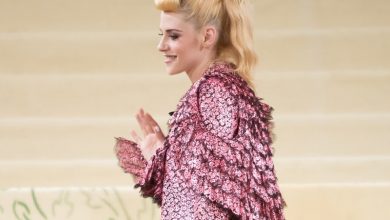 The Best Beauty Instagrams of the Week: Sita Abellán, Kristen McMenamy, and More