Two Japanese films, “Tezukas Barbara” and “A Beloved Wife” have been selected for the main competition section of next months Tokyo International Film Festival.

The festival will reveal the remainder of the competition and the bulk of its other selections later this month. To date the Japanese festival has only revealed its opening film (“Tora-san, Wish You Were Here”,) a gala screening of Japanese film “Talking The Pictures,” directed by Masayuki Suo, and Martin Scorseses “The Irishman” as its closing event.

Tokyo festival selector Yoshi Yatabe called it: “extremely luxurious and fortunate filmmaking,” “a stand out among recent Japanese films,” and “a milestone work for Tezka.” The film stars Goro Inagaki, Fumi Nikaido, Kiyohiko Shibukawa, and Shizuka Ishibashi, and was lensed by Asia-based Australian cinematographer Christopher Doyle. “Barbara” is set for commercial release in Japan in 2020.

“A Beloved Wife” is the second feature by Shin Adachi, an acclaimed screenwriter (“Original Article 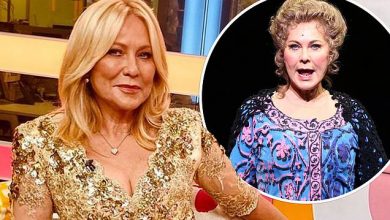 Super Junior to promote new album with only six members