The government claims UAE aircraft bombed its troops amid another surge of fighting in the port of Aden, its last toehold in the country, killing 40 soldiers and civilians. It also said there had been airstrikes in neighboring Abyan province; the Defense Ministry put the total casualties at more than 300.Yemeni Information Minister Moammar al Eryani tweeted that the airstrikes showed "the UAE's lack of acceptance of the [Yemeni] govt efforts to restore its institutions" and the future of relations between Yemen and the UAE was now at stake. The rapid deterioration of the situation jeopardizes distribution of humanitarian aid in Yemen, where more than three-quarters of the population rely on aid to survive and 10 million are on the brink of starvation. Save The Children says the "port of Aden is vital for the import and distribution of basic supplies across Yemen, and insecurity threatens its operation…Vital lifelines, both by air and sea, are at risk of being cut off." Caroline Seguin, of Medecins Sans Frontieres, who is in Aden, said the situation there had been "total chaos" on Wednesday, and MSF had received 51 casualties in a few hours, including 10 who were dead on arrival.The government, which is in effect based in Riyadh, says its forces have now withdrawn from Aden and called on Saudi Arabia to "intervene to stop this blatant interference of supporting those militias and using aerial bombardment against our armed forces." The UAE responded that it had carried out strikes against "terrorist militia" in Aden but made no mention of attacks against government forces. Michael Knights at the Washington Institute for Near East Policy, who spent months embedded with UAE forces in Yemen, told CNN that the Emiratis "are not willing to accept al Qaeda-type elements mobilizing and offering their services to the government." 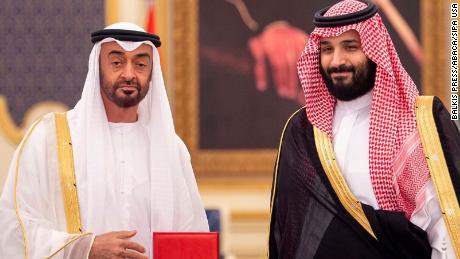 The Emiratis have armed and trained another group in Aden — the Southern Transitional Council (STC) — which controls much of the city and ultimately wants independence for south Yemen. They distrust one of the Saudis' key allies in Yemen, the Islah party, which is an Islamist movement. In turn, the Yemeni government is now accusing the STC and the Houthis of working together to "force the government and national army into side-battles that benefit Iran and its tools in Yemen."The fighting and the bitter war of words leave Saudi Arabia — as the senior partner in the coalition — with yet another headache. It launched "Operation Decisive Storm" more than four years ago after the Houthis took control of much of Yemen. But the Houthis remain in control of the capital and large areas of northern Yemen. Al Qaeda in the Arabian Peninsula (AQAP) is entrenched in several provinces. Efforts by the UAE and the Saudis to bring the government and the southern separatists to Riyadh for talks have so far come to nothing. Knights says one consequence is that the frontlines against the Houthis — around the port of Hodeidah for example — have been stripped of the best units, as both the government and the STC look to protect their positions in the southern provinces.

The partnership of Saudi Arabia and the United Arab Emirates, the two largest economies in the Arab world, is the closest anywhere in the Middle East. It is driven by antipathy towards Iran and support for Sunni causes across the Muslim world. The two states have spearheaded an embargo against Qatar for its support of the Muslim Brotherhood and its relationship with Iran and have been vocal supporters of the Trump Administration's sanctions against Iran.Last year the two governments announced 44 joint strategic projects that included investment, infrastructure and security cooperation. But cracks have begun to appear in this alliance. Last month, the UAE began a drawdown of its forces in Yemen, describing it as a long-planned redeployment. 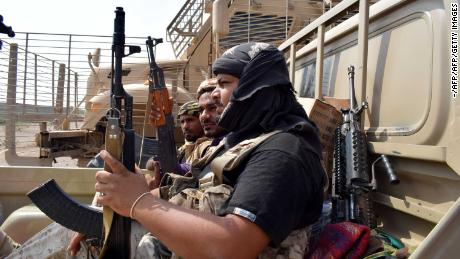 While its military presence in Yemen was modest, the UAE punched above its weight. A senior Emirati official told CNN in July that the UAE had trained some 90,000 Yemeni fighters. Now the Saudis have twin challenges: to find a way to reverse Houthi gains and hold YemRead More – Source

UN calls for new negotiations on Yemen in Sweden

General John Abizaid confirmed as US ambassador to Saudi Arabia