Algerian opposition parties and civil society figures called on Saturday for elections to take place in six months, after the interim president pushed for dialogue.

The group proposed “free and pluralistic” elections “in a period of six months,” in a statement issued at a meeting of political parties and civil society representatives.

The “National Forum for Dialogue” meeting was chaired by former minister Abdelaziz Rahabi, who has backed mass protests against the ruling elite.

A political crisis initially culminated in long-time leader Abdelaziz Bouteflika resigning in April on the back of huge demonstrations, and major rallies have continued.

Algerian protesters are pushing for an overhaul of the entire political class.

Saturdays meeting pushed for the creation of a body to prepare for the polls, composed of figures chosen by “the parties of dialogue with the exclusion of symbols of the former political regime.”

Interim president Abdelkader Bensalah called on Wednesday for a national dialogue, in which he promised the state and army would remain neutral, but Saturdays forum took place outsiRead More – Source

Why Israel struck a Syrian nuclear reactor a decade ago 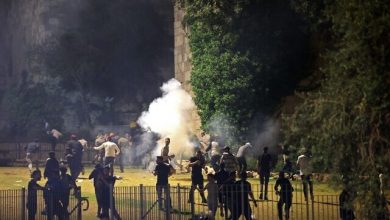