The weeks most enjoyable read was a character assessment of Victorian and NSW cricket "cultures" in the lead-up to the Sheffield Shield final. With his usual subtle satirical touch, The Grade Cricketers Sam Perry managed to smuggle some high comedy into the Trojan Horse of a match preview.

In short, Victorians are such splendid team players that they would happily sacrifice all personal achievement for the privilege of breathing the same dank changing room air as their mates. New South Welshmen are low mercenary types who would sell their mothers for individual glory. Victorian players were interviewed tearfully extolling their love of team. No Blues could be found, presumably because they were having their heads re-measured for the Baggy Green that comes with their Baggy Blue. As we say in New South Wales, if you think theres no ME in TEAM, go check your spelling.

While watching these cultural differences dramatised during play on the Junction Oval over the past few days, I went back to some notes made a few years ago from conversations with a West Australian legend, one of Australias most popular cricketers, who must remain anonymous for the reason that on this occasion he was saying what he thinks. Here were his impressions from a long career of first-class cricket.

NSW: Completely up themselves, not a nice bunch to play against. Flash Harrys overly interested in their image, their hairstyles, their tattoos and earrings, not to mention their bat contracts. Viewed state cricket as a drinks break on their way to the national team.

Queensland: Unsettling. The most horrible sledgers on the field, they said things that made you want to give up cricket and curl up in bed for a week. Then theyd throw an arm around you and say, Hope you didnt take that seriously, mate, come have a beer. As long as they beat you, they were friendly. If you won, the beer was off. Arrogant and hypocritical.

Victoria: The most unpleasant people I ever came across. Bitter and twisted, black- hearted with hatred. The only relief you got from them targeting you was when they targeted each other. I have zero pleasant memories of playing Victoria, no matter if we won or not.

South Australia: Absolute nightmare. Even worse than Vics. Chip on their shoulder because they saw themselves as the poor mans Victorians.

Tasmania: Good blokes, arguably because so few of them came from Tasmania. Nice on the field, except when Punter was playing, and then it was on.

Western Australia: Salt of the earth. Genuinely decent people. Never saw a less than heroic act from any of them. Seriously.

It was heartening to hear of these cultural differences. Sheffield Shield cricket seems to be played under cover of not darkness so much as a media blackout. Unless youre like me and my dog, riveted by live coverage of a Shield final, you might forget about the depth of passion echoing around those hollow state cricket grounds. And you also might have forgotten the strength of interstate sporting rivalries, a much older tribalism than the more recently manufactured brand of interclub competition.

Interstate hatred, to be frank, has been on the wane since 1901. Rugby league keeps it alive for a brief mid-winter spasm. Rugby unions efforts at interstate hatred are utterly unconvincing. Indeed, the Australian Super Rugby conference seems to be a thinly-veiled anti-competitive wheeze, a collusion to ensure one Australian team makes the semifinals. Australian rules has given up interstate contests completely. In the round-ball and other codes, state contests are left largely to the junior ranks and thereafter abandoned.

Its hard to know how important state-based tribalism is to Australians. Certainly weve moved on from not being able to agree on train gauges, and having customs guards manning invisible outback borders. That the state, as a meaningful tribe, has diminishing representation in sport is probably a sign of an evolving national maturity.

But some of us like it! Even if the Sheffield Shield final, which I and possibly half a dozen others have been watching avidly, can feel like a colonial relic, its persistent tribalism is something that should not be sold cheaply. Indeed, the faux tribalism of the Big Bash League, where the players change shirts as quickly as the autumn leaves, where geographic names fade into the background, leaving nothing but … a made-up name? A colour? … is one of the many challenges that league will have to wrestle with. If its a competition for kids, and kids are brought up without any sense of what state they are meant to hate, what is the tribal foundation?

The weakening of state-based tribalism should be sending a warning signal to the National Rugby League in its attempt to change the conversation to – any other conversation! – but this week, to expansion and the possible relocation of teams. There is a business case for teams in Perth and Adelaide, and certainly for a second team in Brisbane. But what is business without an underlying tribal passion?

Rugby league has been down this path before, and found a definitive answer. Aussie rules went down the path too. Both codes stopped and came back when they realised that the tribal passions they already had were the one asset that couldnt be bought, sold or relocated. Its amusing, in a nostalgic sense, to see John Ribot still banging with the same ideas tRead More – Source

Curse broken, Simmons prepares for his second playoff run in the NBA 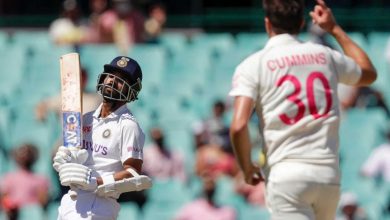