Seven decades ago, on 10 December 1948, the United Nations adopted the Universal Declaration of Human Rights – a document that is still a reference point for justice struggles around the globe.

The declaration, however, has a painful omission: It does not explicitly oblige corporations to follow its principles. But that may soon change, with negotiations underway for a potentially groundbreaking, binding treaty that could be crucial for Palestinians.

Since 2014, an intergovernmental working group has been tasked with developing a treaty to reaffirm the supremacy of human rights over corporate interests and trade agreements. The ongoing negotiations are to confer direct obligations – instead of voluntary guidelines – on transnational business enterprises to respect human rights, defining civil and criminal liability should they fail to do so.

Social movements – especially from the Global South, where people daily lose their lives and livelihoods due to the operations of transnational enterprises – have been a key driver. The Global Campaign to Reclaim Peoples Sovereignty, Dismantle Corporate Power and Stop Impunity produced a blueprint of their principles and demands.

For Palestinians, the victims of Israels ongoing ethnic cleansing provoked by the resolution to partition Palestine that was adopted by the UN a year before the human rights declaration, such a treaty could be a crucial tool, allowing Palestinians to hold transnational corporations accountable for their involvement in Israels regime of apartheid, colonialism and occupation.

The Palestinian question is an integral part of the global struggle for justice, and a litmus test for our capacity to uphold human rights

Transnationals could no longer shrug off protests about their roles in financing illegal settlements or Elbit Systems, Israels leading arms company. Palestinians would have legal recourse, different from what has happened in the past. In 2013, for example, a French court acknowledged Veolia Transports role in building crucial infrastructure for Israels illegal settlement project, but noted that existing human rights guidelines for businesses were merely voluntary aspirations.

With a legally binding treaty, Canadian courts could not simply deny Palestinians access to their legal system when Canadian companies build illegal settlements on Palestinian land, or send them back to the same Israeli system that legalised the settlements in the first place.

A binding human rights treaty should ultimately establish a tool that gives people direct and universal access to justice. Abeer al-Butmeh of PENGON – Friends of the Earth Palestine said the case of Palestine “shows the need to ensure an international mechanism that allows us to directly hold [transnational corporations] accountable”.

Yet, this treaty is not specifically about Palestine; it is about people around the globe who are denied justice and self-determination. Among the possible beneficiaries are activists in Ecuador, where the dumping of billions of gallons of toxic wastewater has been linked to serious health impacts on the local population; people in southern Africa organising against mining corporations; and Iraqis, who lack a mechanism to pursue transnational military and security corporations that commit crimes in their territory. 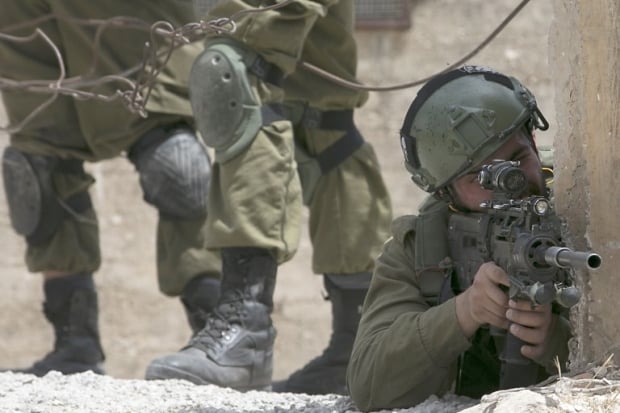 The idea of such a treaty is not new. Less than a year after Salvador Allende broached this notion in his 1972 address to the UN, the Chilean government was overthrown in a bloody coup that brought transnationals back to the driving seat in Chile. More than four decades later, the process of intergovernmental negotiations has finally started – but the path towards an effective, binding treaty is long.

The US and Israel are unsurprisingly among the over ninety states involved in the negotiations. Having witnessed myself the negotiations over the years, it seems evident that the EU shares an aim with the International Organisation of Employers (IOE) and the International Chamber of Commerce: derailing or watering down the treaty until it becomes useless. Reconfirming the attitude held on Palestine, when push comes to shove, the human rights commitments of the EU evaporate into thin air.

The IOE, meanwhile, has warned countries – including Ecuador and South Africa – that they may suffer retaliation in terms of curtailed trade relations for supporting the treaty. The two countries as well as other supporters of the treaty are known for their defence of Palestinian rights at the UN. This is no coincidence.

This UN negotiations room reflects one basic truth: The Palestinian question is an integral part of the global struggle for justice, and a litmus test for our capacity to uphold human rights.

It further shows how the united and persistent efforts of movements from diverse sectors around the globe have exceptional strength. Challenging the powers that protect the current structure of impunity that has enabled decades of Israeli apartheid, and allowed transnationals to wreak havoc on the lives of millions, is not an easy task.

As Palestinians know all too well, UN decisions and documents far too often serve either the interests of the powerful or no other purpose than saving the UN from complete delegitimisation. What is needed is not a treaty per se, but a treaty that bites.

Even the best treaty could not remove the need for a continued struggle on the ground and popular mechanisms of accountability, such as boycott campaigns – but it would be an additional tool in the struggle for justice, freedom and equality.

Insults during the holy month: How Ramadan comedy turned political in Yemen

Haftar shows signs he will run in Libyan elections next year