The Tunisian coastguard on Sunday rescued 45 migrants near the Kerkennah Islands off the countrys eastern coast, the National Guard said.

The migrants, mostly from sub-Saharan Africa, were found “in good health” after their boat broke down near the archipelago off the southern coastal city of Sfax, National Guard spokesman Houssemeddine Jebabli told AFP.

Two Algerians and two pregnant women were among the passengers on the vessel, which had launched from Libya and was headed for Europe, he added.

The group was handed over to the Tunisian Red Crescent.

In late July, Tunisia said it would take in 40 migrants rescued by a commercial vessel, but wary of setting a precedent, said it was only for humanitarian reasons.

A growing number of Tunisians are embarking on risky journeys across the Mediterranean Sea to seek work and a better life in Europe.

In the first half of 2018, nearly 2,660 people were arrested in Tunisia during attempts to make the crossing, according to authorities, compared with just 564 over the same period the previous year.

Several deadly shipwrecks have taken place in recent months, including one on June 3 that killed 87 people. 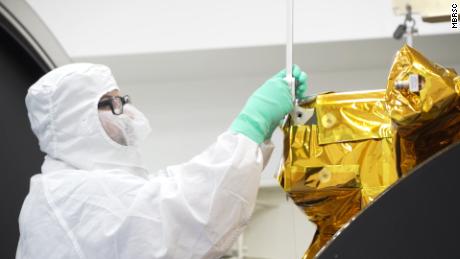