Ariana Grande refuses to be dragged into a chart battle with Travis Scott.

Travis, 26, is currently riding on top of the Billboard charts after soaring back to number one with his latest album Astroworld, and claiming the Hot 100 top spot with his new single SICKOMODE, featuring Drake.

When a critic threw shade at Travis for beating Ariana, 25, to the top of the charts, the popstar kindly jumped to his defence.

After Travis celebrated his victory, tweeting: #1 album and a #1 single. God is good, Ariana congratulated him saying: So fucking dope. Congratulations.

However, a fan of Aris hit back: Mature legend, but lowkey we wanted some shade bc you did it fair and square but he didnt. but we love u bb.

Avoiding getting into a messy situation, Ariana took the high road and replied: If an artist you stanned were that close to having their first # 1 and they did all that they could in their power to get it (and they got it), youd be celebrating its an exciting feeling. love u.

Aris support may come as a surprise as she sided with Nicki Minaj back in August when her bestie feuded with Travis.

Nicki, 35, was upset that Astroworld had trumped her new album, Queen, to the top spot on Billboards 200 chart.

At the time, Ariana had just released her own new album, Sweetener, and joked about him beating her: Woah, we got three days left, we dont know what Travis could pull.

Travis has been criticised for boosting album sales by selling copies with Astroworld tour tickets as a bundle. Nicki also claimed the rapper had used his girlfriend Kylie Jenner and their 10-month-old daughter Stormi to promote the album, giving him more of a chance to succeed.

Ariana is currently sitting at number two on the Billboard Hot 100 chart with Thank U, Next, after releasing the star-studded music video on Friday. 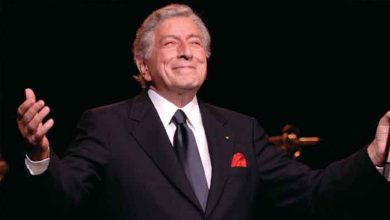 What does BLACKPINK mean and what songs do they sing as k-pop band storms Coachella?