She was only back in Emmerdale for a matter of minutes before she was ordering the death of Joe Tate so its clear as day that Kim hasnt lost her thirst for blood. It stands to reason then that when she returns from prison, she will have another victim in her sights.

With a history of trampling people with horses, clobbering vengeful relatives with paperweights and killing off ageing husbands, Kim has no qualms if someone gets in her way. With Joes blood now on her hands, Kim will be back ready to reclaim Home Farm.

But with Faith Dingle having already tried to off her by lobbing her into a champagne fountain from a height, Kim might want revenge if she finds out the truth. And she also has some scores to settle with Charity, who stood her ground with her more than once.

However, some viewers are beginning to wonder if Kims next victim will be someone closer to home. Being forced to kill Joe has pushed Graham to the edge. He broke down at the viaduct after finishing Joe off and recently burst into tears again when he listened to Joes final voicemail in which he referred to him as his father.

Its having a huge impact on a devastated Graham and while he is holding it together for now, who can say when he might crack? We saw what the memory of his wifes death did to him earlier in the year – especially when he fell off the wagon.

If Kim arrives back and finds Graham resenting her for what she made him do, she might fear for her own safety and also be worried that the truth about Joes death will come to light.

In order to preserve herself, might she be forced to take her next hit out on Graham? Or has she met her match in him?

Kim will return next year, with show boss Jane Hudson promising that she will do anything to get what – and who – she wants.

Broadways Pretty Woman Musical: All Dressed Up With No Place To Go – Review 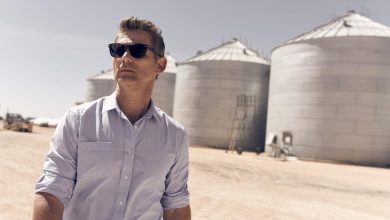 The Dry movie: Eric Bana on his bond with regional Victoria and shooting on location