Russian President Vladimir Putin attended the wedding of Austrian Foreign Minister Karin Kneissl on Saturday, in a visit that the opposition says has damaged Austria's reputation for political neutrality.

Putin was one of around 100 guests at Kneissl's wedding to businessman Wolfgang Meilinger in the picturesque village of Gamlitz in southeastern Austria. The Russian leader was pictured dancing with Kneissl during the festivities. He also brought a Cossack choir to perform for the newly weds.

Austrian opposition politicians had criticised the invitation to Putin saying it undermined Austria's claim to be an "honest broker" between Europe and Russia, with the Green party calling for Kneissl's resignation.

Russia has been accused of seeking to weaken and divide the EU, notably by maintaining links with populist parties in several European countries.

Hundreds of police officers were deployed for the ceremony and the road from nearby Graz airport to Gamlitz was shut in both directions for Putin's arrival and departure. Putin was accompanied to the airport by Chancellor Sebastian Kurz and went straight on to Germany for a planned meeting with Chancellor Angela Merkel.

Among the other guests at the wedding were Kurz, of the centre-right People's Party (OeVP) and Vice-Chancellor Heinz-Christian Strache, of the far-right Freedom Party (FPOe).

Kneissl was nominated for the post of foreign minister by the FPOe, which since 2016 has had a "cooperation pact" with Putin's United Russia party. Since last December, the FPOe has been in government in coalition with Kurz's OeVP after a campaign in which both parties ran on an anti-immigration platform.

Putin's visit comes amid reports of other Western countries becoming warier of intelligence co-operation with Austria because of suspicion that the FPOe and its Interior Minister Herbert Kickl are trying to exert influence on intelligence agencies.

"The alarms are going off. What happened in Austria reminds me of what autocrats would do," one senior European intelligence official told the paper. 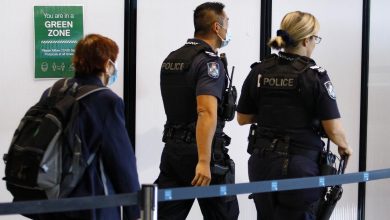