SHINee have dropped a teaser for the video to the last part of The Story of Light, and its amazing.

The K-Pop band, who are gearing up to release the third instalment of their triplex album under the name – the other two parts of which dropped 28 May and 11 June.

It makes up the first release from the group as a foursome – and on the 10th anniversary of the forming of SHINee – after member Jonghyun tragically and suddently passed away late last year.

The video – which heralds the release on 25 June that will have five tracks (like the first two releases) – sees the quartet from the back, only, in a rather melancholy scene.

They also teased the teaser with a short clip of the four members in different situations: a gym, an office, a photography studio and a space where one can dance.

The group – made up of Onew, Key, Minho, and Taemin – also released a teaser of various songs on Instagram.

Fans were unsurprisingly on the edge of their seats.

Perhaps ill cry, one said, as another added: IM.LOOSING.MY.SHIT.

A third said: This is gonna break my heart isnt it? Gotta try to brace myself for this one.

Our Page will be the lead track of this particular release, and is a medium-tempo R&B song unlike the dance beats of the other two songs released as part of the triplex, Good Evening and I Want You.

However theyre teasing other clips to get us all in the mood.

Much like the first two tracks, punters are predicting Our Page will take off and roar up the charts upon release.

Kendrick Lamar wins awards before the Grammys 2018 has even started 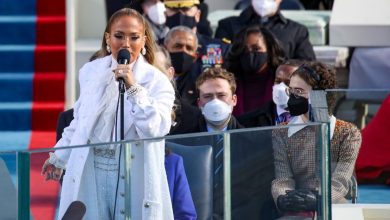 The Yodeling Walmart kid to perform at Coachella this weekend