On what’s being dubbed ‘Eurovision Wednesday’ by fans, the BBC Eurovision team have released the six acts vying for the British ticket to the 2018 Song Contest in Lisbon. The first thought is that the quality of this year’s crop is another improvement year on year and that bodes well for our chances come May.

Whilst Whigfield of 1990s Saturday Night fame enters the Danish final and Eurovision legend Alexander Rybak returns to the Norwegian final, hoping to complete a Eurovision fairytale second victory, Goldstone, Asanda, Raya, Liam Tamne, Jaz Ellington and SuRie are the six hopefuls for the United Kingdom. Their songs have been released on Radio 2 and online and we preview them here.

Of course, success at Eurovision requires the right song in the right year, a great stage show, live performance and a good deal of luck with the running order of the show. But the most important thing is the song. So, here’s our take after a first listen of this year’s hopefuls ahead of the Eurovision: You Decide final on Wednesday February 7.

Goldstone – I Feel The Love

A catchy feel good entry, in the Little Mix genre. I Feel The Love has potential but doesn’t really build and you can lose interest well before the end of the three minutes. This one will need to come alive on stage and it certainly has the potential to. It’s a happy, uplifting song and it could deliver a safe result in Lisbon if not a winning one.

Chances of success in Lisbon: Middle of the scoreboard.

If Rihanna did Eurovision… this would be the song. Legends is a modern up-tempo entry with a good beat and an urban feel. This seems more like the kind of entry that France rather than the United Kingdom would send to Eurovision. There’s some trumpeting going on here, mixing traditional British classical music with a modern theme. Greece and France have both sent songs with a similar beat in recent years. Both slipped to the foot of the scoreboard. That said, we’re expecting a rush of slow songs in reaction to last year’s winning Bossa Nova entry from Portugal, if that happens, this could become a stand-out entry and pick up points.

On top of that, Asanda would be one of the youngest entrants in the contest. At just 16 years old, this entry follows a strategy that’s worked for Belgium in recent years, giving a break-through to some emerging stars. This entry has potential and I’d expect this to get a live performance boost, coming alive on stage.

Chances of success in Lisbon: Middle of the Scoreboard.

Raya’s entry has some serious Eurovision pedigree with Greta Salome Stefansdottir listed as one of the songwriters. Greta has performed twice on the Eurovision stage, taking Iceland to the 2012 final in a duet with Jonsi. Their Nordic power-ballad Never Forget finished in 20th place. In 2016 she returned with Hear Them Calling. She was hotly tipped to reach the top 10 but crashed out in the semi-finals after Russia were said to have ‘borrowed’ a little more of the creative staging idea than would be deemed fair.

Crazy is a mid-tempo entry and again, might be something you’d hear on a Rihanna track. There’s a catchy hook and a wide vocal range that could impress in a live performance and the music builds as the song progresses but in a field of 26 entries, it’s missing the wow factor to push to the top of the Eurovision scoreboard.

Chances of success in Lisbon: Middle of the scoreboard

Liam Tamne brings the Ed Sheeran sound with a soft slow-tempo love-song. Astronaut’s lyrics are on the cheesy side but that’s never a bad thing when it comes to Eurovision. The music is simple, relying on a simple guitar accompaniment, but after last year’s winning entry, we can expect a lot more soft entries than usual heading to Eurovision this year. That means astronaut runs the risk of getting lost in a big crowd if it goes forward as the United Kingdom’s entry.

Chances of success in Lisbon: Likely to struggle

Bringing the soul to the party, Jaz Ellington’s You isn’t so uplifting, the lyrics tell a sad story of lost love and being with someone you want to break up with. It’s a dark song and is more of a party killer than a vote winner. Whilst it’s a good song, it’s not the kind of thing that pulls in the televotes. The lyric ‘sends me to sleep like rum and whisky’ could describe the entry.

Chances of success in Lisbon: Likely to struggle

Another soft song, or so we think, but this one builds. The lyrics are uplifting, and there’s something anthemic about this entry. The chorus is catchy and you can see this getting the crowd going. There’s a big bridge and this could gather momentum.

SuRie has the look of a young Annie Lennox and Storm could rain on everyone else’s parade at Eurovision: You Decide. This also has the potential for a great stage show and a good old Eurovision backing-singer line-up. There’s more than a hint of Sweden’s 2013 entry here, which was called ‘You’ (but was totally different to Jaz Ellington’s entry).

Eurovision: You Decide airs live on BBC Two on February 7. The winning entry will be decided by a combination of televotes and expert jury.

The winning entry will represent the United Kingdom at the 2018 Eurovision Song Contest in Lisbon on May 12.

MORE: When and where is Eurovision 2018 – date, how to watch and UK entry information

MORE: Two The Voice stars and a former BGT hopeful among acts battling to represent UK at Eurovision 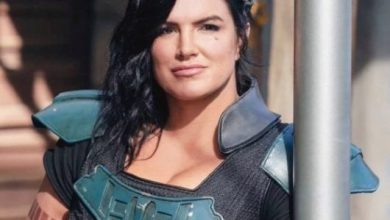