By Hannah Parry For Dailymail.com

A friend of Dustin Hoffman's daughter claims the actor exposed himself to her while she was still in high school.

Cori Thomas was just 16 when she met the Oscar winner – who has recently been accused of sexual misconduct with multiple women.

Thomas, a high school classmate of Hoffman's daughter Karina at the United Nations International School in New York, said that in 1980 she'd joined the father and daughter for an afternoon in Manhattan, visiting bookshops and dining together at Jim McMullin's on the Upper East Side. 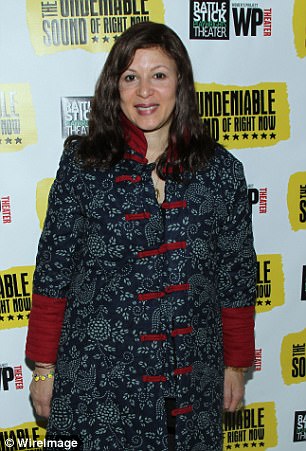 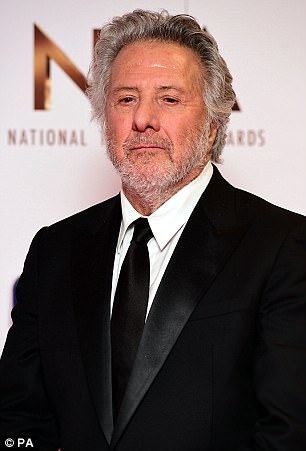 The three went up to Hoffman's hotel room but soon after, she says that either Karina or Dustin suggested her classmate should go home 'because it was a school night and she had homework.'

She was left alone with the actor, then 43, who she says decided to take a shower as she waited for her parents to pick her up.

A few minutes later, she claims he walked out the bathroom with a towel wrapped around him.

Then the towel dropped.

'He was standing there naked. I think I almost collapsed, actually. It was the first time I had ever seen a naked man. I was mortified. I didn't know what to do.

'And he milked it. He milked the fact that he was naked. He stood there. He took his time.'

Thomas says that Hoffman eventually put on his robe but then asked her to massage his feet. As a flustered, naive teen, she did as she was asked. 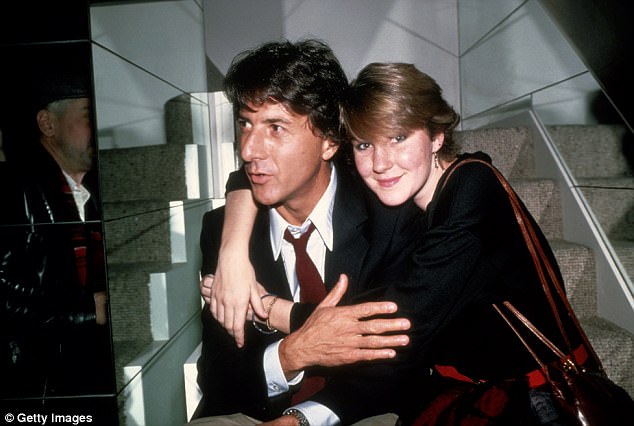 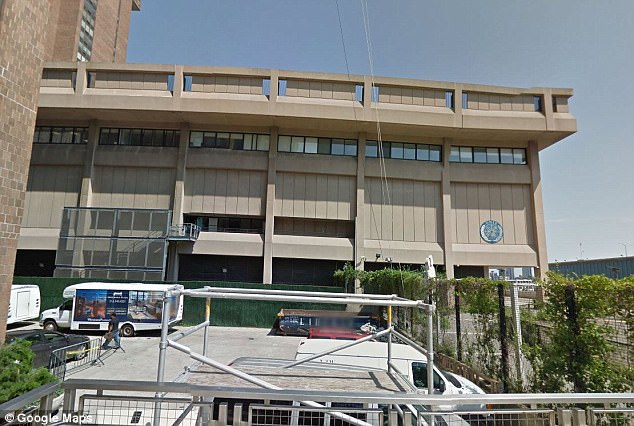 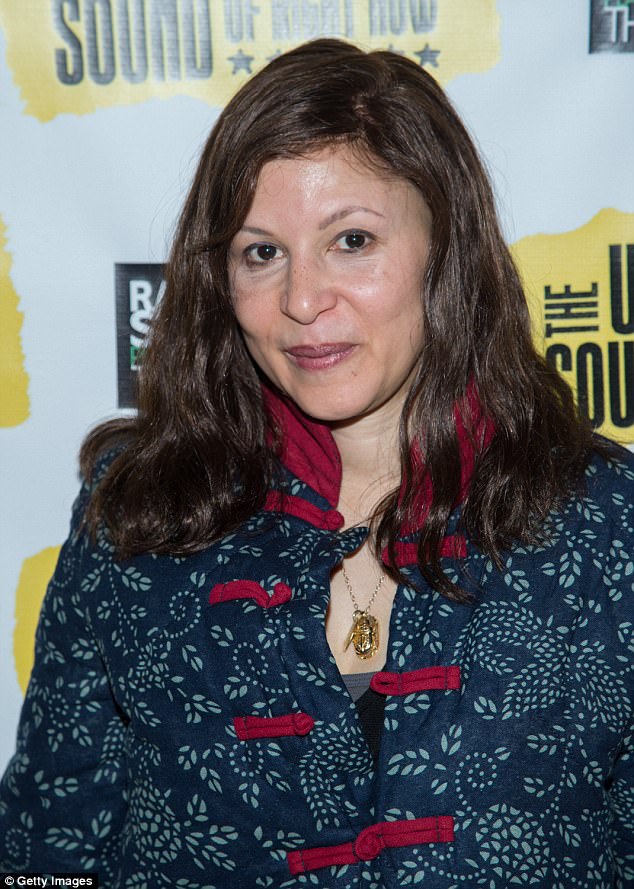 Thomas, pictured in 2015 , says the esteemed actor came out the shower and dropped his towel while she was in his hotel room

She said she pretended not to hear the sexual comments.

Thankfully, the phone rang, interrupting the moment, which was her mother who had arrived to pick her up.

Thomas said she was left 'humiliated' by the incident and didn't tell her mother, attorney Zuleika Thomas, although her mom always suspected something had occurred.

Now a successful playwright and mother-of-one, Thomas said she only felt ready to talk about the incident seven years later – after the birth of her daughter – when she told a close relative.

She only told her mother what happened recently, and never confessed to Hoffman's daughter Karina, who remained a close friend and was even a bridesmaid in her wedding, until now.

Thomas is one of many women to accuse Hoffman of inappropriate sexual behavior over the years. 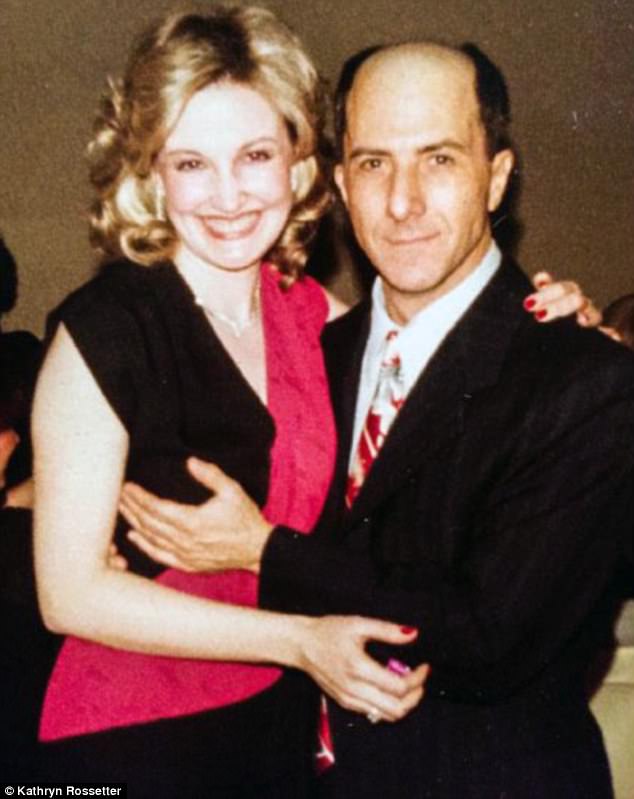 Kathryn Rossetter (left) says Dustin Hoffman (right) groped her almost nightly during the 1984 run of Death of a Salesman. She also says she has proof – this photo of her squeezing her breast during a picture while they were acting together 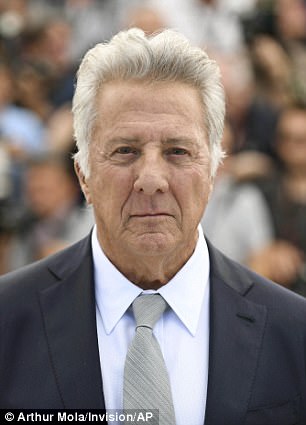 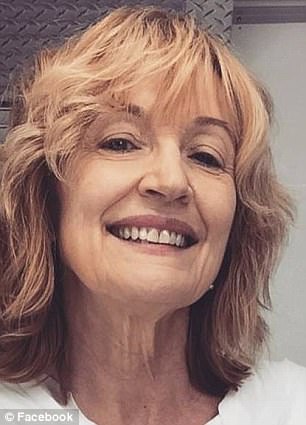 Rossetter (right, in a recent picture) was the third woman to come forward in November with such accusations against Hoffman (left)

Kathryn Rossetter, who played Hoffman's mistress in the 1984 Broadway revival of Arthur Miller's Death of a Salesman, and subsequent TV movie, claims he groped her on stage nightly and refused to stop even when she tearfully pleaded with him to leave her alone.

In addition to violating her on a daily basis, she says Hoffman also squeezed her breasts anytime they took pictures together.

The 66-year-old actress says being serially assaulted by her 'hero' was 'horrific' and 'demoralizing' -and something she still deals with today.

Rossetter told her story in her own words in an essay for the Hollywood Reporter, published on Friday.

As soon as they started rehearsals for the play, Rossetter says Hoffman crossed a line and started sexually harassing her relentlessly.

She says the first time he got inappropriate was three days into rehearsals, when he asked her to stop by his hotel room after the two had lunch together.

'When we stepped into the room, he jumped on the bed and said, "Give me a back rub." He pulled off his shirt. I didn’t know what to do. I said we had to be back at rehearsal in 15 minutes. He said, "Just a quickie." 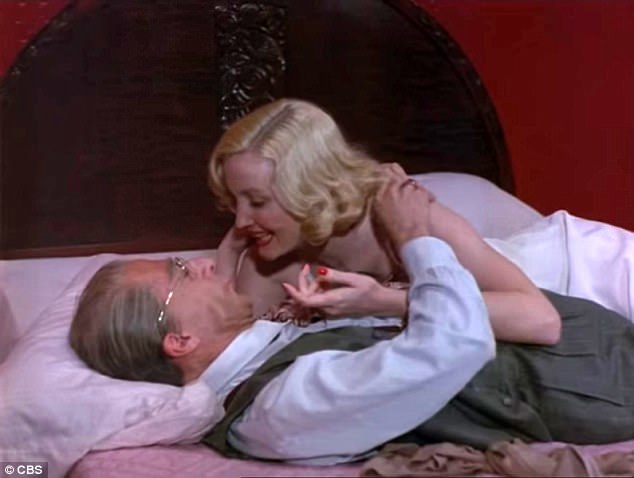 Rossetter says Hoffman would grope her back stage between scenes and wouldn't heed her demands that he stop. The two are pictured above acting in the TV movie of Death of a Salesman 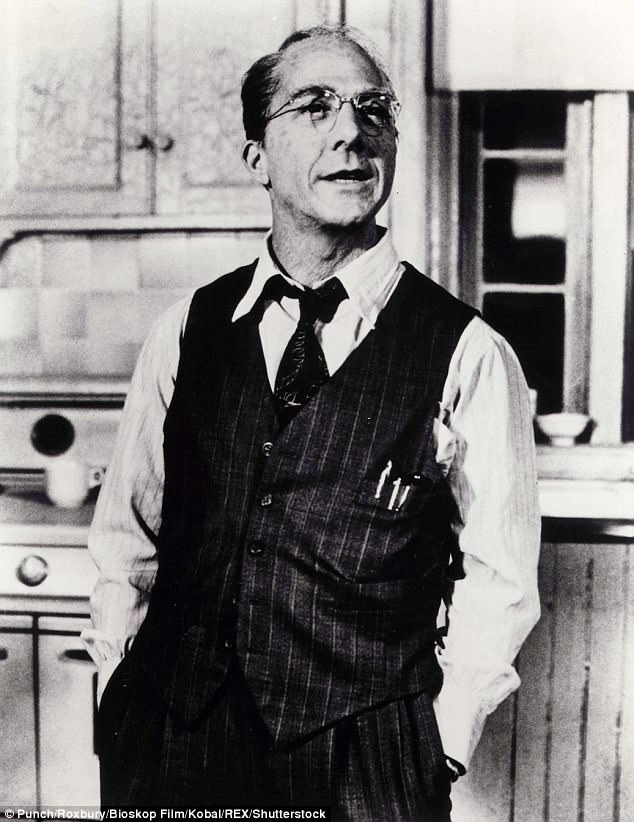 One night, Rossetter says between scenes Hoffman lifted her slip over her head in front of a group of male crew. She says the shock of what he had done caused her to miss her cue. Hoffman pictured as Willy Loman in 1985

'I was a nervous wreck, but sat on the bed and gave a very lame rub. The maid walked in and I almost fainted. He laughed. As we prepared to leave, he looked at me and said, “Now we have our 'hotel room.'”

'Ah, I thought — Method Acting! I was his mistress and our scenes were set in a hotel room and Biff walks in. He told me to return to rehearsal a few minutes after he did and left me there,' she recalled.

But the awkward exchange turned out to be the first of many more disturbing incidents.

'That was the beginning of what was to become a horrific, demoralizing and abusive experience at the hands (literally) of one of my acting idols,' she said.

Rossetter says Hoffman went so far as to start groping her off stage, between their scenes.

'One night in Chicago, I felt his hand up under my slip on the inside of my thighs. I was completely surprised and tried to bat him away while watching the stage for my cues. After the show he was busy with the producer and director so I had no access to him to address it. It then happened almost every show. Six to eight shows a week.

'I couldn’t speak to him in the moment because I was on a live mic. He kept it up and got more and more aggressive. One night he actually started to stick his fingers inside me. Night after night I went home and cried,' she said.

Rossetter recalls a particularly rough night, when Hoffman went so far as to pull her costume – a slip – over her head to expose her breasts.

She says this happened in front of a group of male crew members and she later learned Hoffman had promised them a 'surprise' if they gathered near her backstage.

The shock of the violation had caused her to miss her cue to laugh and she was chewed out by her fellow actors afterward.

She says she tried to tell one of the actors what happened, but he said it was her 'fault and walked away'.

After this incident, Rossetter says she confronted Hoffman – pushing him up against a wall and screaming 'F*** you! How would you like it if someone did that to you before you walked out on stage every night, Mr. Method Actor? Leave me alone!'

She says that worked, but only for three days. 'And then it was back to groping as usual,' she said.

On another occasion, Rossetter says she was summoned to Hoffman's room in the middle of the play by his dresser. She thought he wanted to give her notes on a scene, but instead he asked her to give him a massage.

I was cautioned by some respected theatre professionals that if I [reported Hoffman], I would probably lose my job and, because he was such a powerful star, any hope of a career. It was Dustin's playpen. He controlled the purse strings.

She says this happened on multiple occasions, and each time Hoffman's dresser would wait outside the room standing guard.

'Whenever possible, I hid and tried not to be found. But the boss was relentless. Dustin would whisper, “higher, higher,” trying to get me to move up his pants legs toward his genitals. I didn’t do it. I would stop at his calves,' Rossetter said.

Rossetter said she felt 'trapped' in these situations since they were just feet from the stage. If she yelled out, the audience would hear.

And it wasn't just on the job that Hoffman harassed Rossetter. She says he regularly groped her breasts whenever they took pictures together.

While Hoffman was skilled at moving his hand away before the picture was taken, she says she once caught him in the act. She shared the image with the Hollywood Reporter.

Rossetter says she 'tried everything to get him to stop' but Hoffman was relentless.

'I tried to laugh it off, smack him and say witty, pointed things. I begged him nicely with tears in my eyes to please stop it. To no avail,' she said.

She even considered reporting Hoffman to Actors Equity, but was convinced not to by colleagues who said it could ruin her career.

'I was cautioned by some respected theatre professionals that if I did, I would probably lose my job and, because he was such a powerful star, any hope of a career. It was Dustin's playpen. He controlled the purse strings,' she said.

Hoffman declined to comment on Rossetter's essay to the Hollywood Reporter.

Hoffman's essay was published a little over a month after Anna Graham Hunter wrote a similar account of Hoffman's harassment.

In an essay also published in the Hollywood Reporter, Hunter said Hoffman repeatedly groped and harassed her when she was a 17-year-old production assistant on the Death of a Salesman movie. Since then, the Hollywood Reporter says they've heard from several more women who claim they were harassed by Hoffman as well, in incidents dating back to the 1970s

Shortly after Hunter's story was published, Wendy Riss Gatsiounis told Variety about how Hoffman asked her several sex-fueled questions during a business meeting in 1991.

Hoffman's handsy-behavior has been somewhat well known for years. Both Meryl Streep and Katherine Ross have recalled in past interviews how the actor groped them during auditions.

But it wasn't until the stories resurfaced during the ongoing "Me Too" movement that Hoffman has faced significant public scrutiny over his actions.

On Monday, John Oliver confronted the movie legend about the allegations at a film screening, but Hoffman denied the claims in a heated exchange with the pundit.