Whether you want to get pregnant or not, depending on the case and the circumstances, it can be the most exciting or the most unsettling memory of your life. It must have happened to (almost) everyone, at least once in their life, in the event of a delay, when to take a pregnancy test? Will you still have to wait?

Pregnancy test: How it works?
All pregnancy tests work on the same principle. They establish the presence or absence of beta-hCG in the blood or urine, a fraction of the chorionic gonadotropin, the so-called pregnancy hormone. What is it about? A hormone that is produced by the first budding of the placenta. Already starting from the implantation of the embryo in the uterus, which takes place approximately 6-7 days after fertilization and it is very important for the smooth progression of the first weeks of pregnancy. As soon as its production begins, the hormone first passes into the blood – where it can be detected as early as 7-10 days after conception, after a few more days, it is disposed of in the urine. Classic pregnancy test sticks detect the presence of beta-hCG in urine usually from the first day of missed period (12-14 days after fertilization). Or, in some cases, even from two to four days before. Conversely, testing for beta-hCG in blood is typically done at blood testing laboratories.

When to take the pregnancy test?
If you take the test the same evening as intercourse or in any case in the days immediately following, the result will certainly be negative and therefore untrue. It’s simply too early to do that. Fertilization occurs between 24 and 72 hours after intercourse, but the agglomeration of fertilized cells attaches to the wall of the uterus only after about seven days and it is from that moment on that the beta goes around.
There is also a correlation between a positive pregnancy test and menstruation to carry out the test you have to wait for the period to approach, without necessarily waiting for a delay. The results begin to be effective up to four days before the flow arrives. If you have a regular cycle you can easily calculate it, otherwise, you can still test in case of skipped or late period. When is the best time to do it? Starting from the fourth day of delay.

Pregnancy test: when to do it during the day?
First of all, it should be emphasized that there are several tests on the market and none of them require a doctor’s prescription. They can be purchased directly in pharmacies, supermarkets or online and all have a fairly low cost, from 4-5 euros upwards. Each type of test contains indications on how to use it, but generally all are performed in the morning with the first urine, without having taken a large amount of liquids in the previous hours.

This article was originally published on AMICA 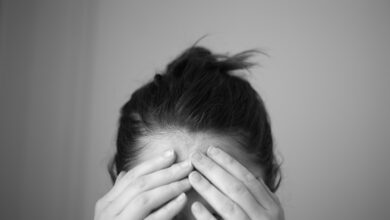