skynews– One woman has died and two people critically injured after a storm struck Sydney’s Northern Beaches on Sunday afternoon.

NSW Police confirmed one person – a 68-year-old woman – was killed and two others critically injured and transported to Royal North Shore Hospital after the storm slashed across suburbs from Mona Vale to Forestville.

“From 3:30pm, emergency services received multiple reports of storm damage across the Northern Beaches area with trees and powerlines down across suburbs from Mona Vale to Forestville,” NSW Police said in a statement.

“Of note, officers from Northern Beaches Police Area Command along with NSW Ambulance paramedics, Fire & Rescue NSW, and the Careflight and TOLL rescue helicopters responded to a carpark on Ocean Street, Narrabeen, after reports a tree and powerlines had come down.

“One person was declared deceased, while two others were critically injured and transported to Royal North Shore Hospital.”

“Trees are down everywhere, traffic lights and blackouts everywhere. Gusts were ferocious.”

“Ok what the hell was that? Felt like my car was about to get flipped over in that massive storm,” another tweeted.

“I don’t know if it was a tornado but it was tornado strength. It was incredible.

“We have no power and I have never heard so many sirens in my life.”

Prime Minister Scott Morrison took to Twitter to expressed his condolences to the family of the woman killed.

“Terribly sad news out of Sydney this afternoon with one person killed and several injured by a severe storm in the Northern Beaches,” he tweeted.

He thanked NSWSES and emergency workers for their swift response.

Jazz by the Bay | Pete Jeavons brings the double bass

Grab a beer, help a farmer: Beers for the Bush 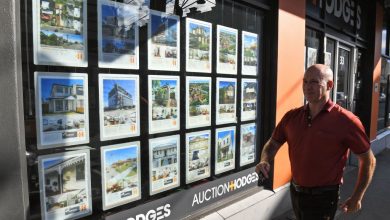