sydneynewstoday– The new work by First Nations composer and didgeridoo virtuoso William Burton will be the first music to be heard when the newly refurbished Sydney Opera House concert hall finally reopens next year.

Barton piece that is part of SSO 50 fanfare The test run project will be paired with Gustav Mahler’s monumental Second Symphony in a series of concerts in July to commemorate Simone Young’s debut as Principal Conductor of the Orchestra.

“William is a great composer, but so far he’s basically dealt with small ensembles,” Young said. “He was a little shocked, but I was absolutely delighted when I told him.’The whole toolbox is complete, with orchestras, choirs, soloists, etc. Good luck!’”

Burton’s work includes the sound of clapboard made of wood recovered from the floor of the opera house before the work began.

“They are very sacred and continue to be played in the spirit of all the musicians who set foot on the stage of the concert hall,” he began working on works that evoke the sacred landscape and the sense of the sacred landscape. Burton said the importance of language.
“I hope my people are proud,” he added.

Young was speaking as SSO from Zurich, Switzerland 2022 season announced the long-awaited return to the concert hall, which closed in February last year, is a highlight.

“I don’t think resuming in Marler 2 is so original, but for me it’s more than a coincidence of the title. That’s it. Resurrection Symphony explores every corner of the space musically and emotionally, “Young said. “It’s one of the greatest gatherings of musical power you can imagine, and it’s a great opportunity for the Sydney audience, and the orchestra, to explore everything the space offers.” 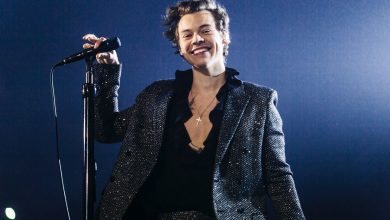