sbs- The country’s largest-circulation tabloid called him the “scandal asylum-seeker” and accused him (falsely) of entering the country illegally. People hacked his social media accounts and broadcast his location and personal information.

A far-right political leader decried him as the “ringleader” of a violent protest, while another suggested that people like him would be a good reason to bring back the death penalty in Germany.

Alassa Mfouapon is hardly the first refugee to become sensationalist fodder for tabloids or a convenient scapegoat for far-right, anti-immigration politicians. In the five years since a major wave of refugees arrived in Germany, such portrayals have become commonplace.

But the 31-year-old from Cameroon is the first to take them to court for those depictions – and win.

In the process, he has emerged as an ideological lightning rod in the debate over refugee politics in Germany, his journey highlighting the disconnect between the country’s image of refugee issues and the reality for many of those who seek asylum here.

“The target is to create unrest between refugees and the population in Germany,” Mr Mfouapon said of the far-right and right-wing news media in a recent interview in his home in Gelsenkirchen, a city outside Essen in western Germany.

“They’re trying to show how criminal refugees are. And this is what they started to do with me. I decided that if I let this hatred stand, it would very soon take on other refugees.”

The online abuse came as Mr Mfouapon sought to process the difficult, years-long journey that had brought him to Germany in the first place.

He was born in the village of Kouti in western Cameroon but mostly grew up living with his uncle in the nation’s largest city, Douala, where he studied business and marketing at the city’s École Supérieure de Gestion.

His father worked as a civil servant preserving local cultures and traditions, a role he was expected to take over when his father died but turned down.

He and his then-wife, Fleur, left Cameroon with their baby son Darel in 2014 to escape religious persecution: his decision to marry outside his religion (he is Muslim; she is Christian) brought problems and threats for the couple, and the local police refused to intervene.

The family went first to Algeria and then to Libya, where Mr Mfouapon was thrown in jail upon crossing the border. His wife and son, by then two years old, continued on, hoping to make it to Europe.

She did, but it wasn’t until he finally made it to Italy that Mr Mfouapon learned that his son had drowned during the crossing after their boat capsized.

Recounting the experience, Mr Mfouapon paused. “If you are shocked, we can break a bit,” he said.

Struggling with the byzantine asylum system in Italy, he decided to make his way to Germany and was sent to the Ellwangen refugee camp, where he took on informal work as a translator (he speaks French, English, Italian and Arabic).

There he realised he had been laboring under a false impression about the country’s attitude toward asylum-seekers and refugees.

“It was like, ‘If I reach Germany, my problems will be solved,’” he said. “It is not like it seems.”

It was in Ellwangen in April 2018 that Mr Mfouapon’s troubles with the German news media and far-right started.

When a 23-year-old Togolese man was slated to be deported from the camp, Mr Mfouapon joined the approximately 150 camp residents who protested the move, calling on the government to allow the man to stay and challenge his asylum decision.

In the face of the protest, in which some participants sought to physically prevent the deportation, the police initially backed off. But hundreds of officers returned before dawn a few days later to take the Togolese man into custody, rousing Mr Mfouapon and others from their beds and securing their wrists with cable ties. Mr Mfouapon was later released back into the camp.

Wildly exaggerated by the right-wing media, the events in Ellwangen sparked national outrage at the protesters. Some news reports described a lawless scene spiraling out of control, with violent attacks on the police. Top German officials seized on the protest as proof that the country should significantly tighten its asylum policy.

Mr Mfouapon and some other camp residents appeared at a news conference to discuss the police raid and the conditions they faced in the camp.

It was a rare moment when the voices of refugees found resonance and some public attention. But it also drew scrutiny from the tabloid Bild and an outcry from far-right politicians like Alice Weidel, leader of the Alternative for Germany (AfD) party, who falsely suggested that Mr Mfouapon was the “ringleader” of the violence.

Under the so-called Dublin rule, those who come to the European Union must apply for asylum in the first country they reach. So when Mr Mfouapon was deported later that month, he was sent to Italy and told he could not reenter Germany for six months.

It wasn’t just far-right trolls who read the stories about Mr Mfouapon: A lawyer heard about his case and reached out, and activists in Germany’s left-wing political scene started a petition to help him. He decided to fight his mistreatment and that of his fellow refugees in court.

Mr Mfouapon’s defamation suits against Ms Weidel and Bild brought some relief, if not total victory. Late last year, a court ruled that Weidel could no longer refer to Mr Mfouapon as the ringleader. And Bild was ordered to stop repeating some of its most incendiary claims about him (although many of the older articles remain online).

In February, in response to another suit filed by Mr Mfouapon, a German court ruled that aspects of the police’s handling of the Ellwangen raid were illegal.

The court did not rule entirely in his favor – it said, for example, that his 2018 deportation to Italy was legal and that people in refugee facilities like Ellwangen cannot expect the same privacy rights as ordinary citizens. But his case has spurred a reexamination of the treatment of the Ellwangen incident in the German news media, drawing more attention to the voices of the refugees involved.

Cases like Mr Mfouapon’s remain rare, because few refugees want to stand up to the state for fear they will become targets, just as he has.

Mr Mfouapon returned to Germany in 2019. He and his wife split up, unable to move past the loss of their son. He has added German to his other language skills and, with the help of some activists involved in his petition, applied for and started a training program in media production last year.

He has also launched a refugee advocacy organisation to continue drawing awareness to these issues. Speaking out about his experiences is important to him personally but is also a way to cope with the trauma and loss he has faced.

“All these events in my life, all these things that were happening before – if you want to deal with them, the only way you can do it is to try to go forward,” he said.

“To say, ‘I will be fighting for the people who are not yet in this situation, so that what’s happening will not happen to anyone else.’”

He believes that Germany needs to reexamine its asylum policy and is pushing for changes to the Dublin rule. With worsening conditions in his home country and many others, Mr Mfouapon said, migration issues will only intensify in coming years – and governments like Germany’s need to be ready with better solutions. 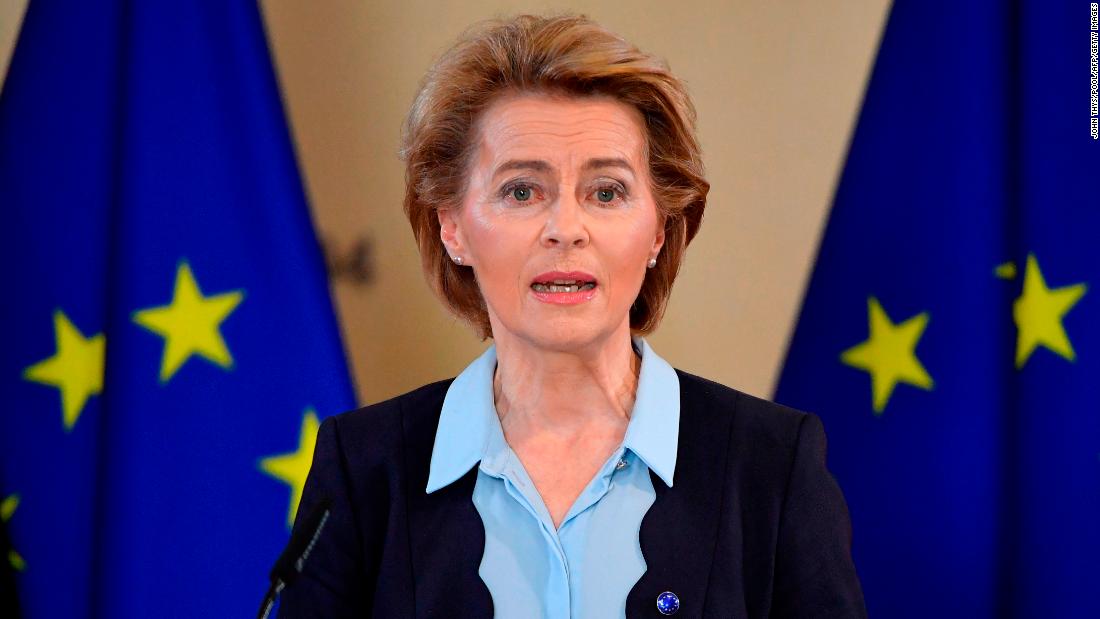 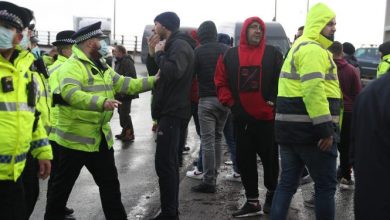