sbs- A man fatally stabbed a police administrative worker as she walked into a police station in a Paris commuter town on Friday, and President Emmanuel Macron said France had again been the victim of a terrorist attack.

The attacker was shot dead by police officers.

Mr Macron identified the victim as Stephanie and said the nation stood by her family’s side.

“We will stop at nothing in our resolute fight against Islamist terrorism,” the French president tweeted from his jet as he flew back from Chad.

France’s anti-terror prosecutor said he was leading the investigation because the assailant had previously scouted out the site and because of what he said during the attack.

A judicial source close to the investigation said the attacker had shouted “Allahu Akbar”, or “God is Greatest”.

The attacker was a Tunisian national residing in France on legitimate papers, the security officials said. BFM TV reported that he had lived in France illegally before obtaining a residency card, which was due to expire later this year.

He was not previously known to France’s intelligence agencies, a third security source added.

The police station was located on a leafy residential street in Rambouillet, a middle-class town about 50 km southwest of Paris.

The victim had two daughters, said Michel Camboulives, whose partner was a colleague and close friend of the victim. He said his partner described her as an adorable woman.

“I don’t know how such things happen here,” Mr Camboulives said. “I mean, we’re in France.”

“My partner’s just in pieces. This was her best friend. She couldn’t speak on the phone … She was saying: ‘It could have been me, or it ought to have been me’.”

France has seen several attacks by Islamist militants or Islamist-inspired individuals in recent years that have killed about 250 people.
Friday’s attack came six months after a Chechen teenager beheaded a school teacher in Conflans, another Paris satellite town.

Mr Macron has expressed increasing concern over radicalisation – often non-violent – within Muslim communities, warning that Islamist separatism is threatening to take control in some areas.

He has called for an “enlightened Islam” in France, saying Islam and radical Islamism must not be conflated.

Tackling religious extremism, domestic security and notions of French identity are likely to be important issues in next year’s presidential election. 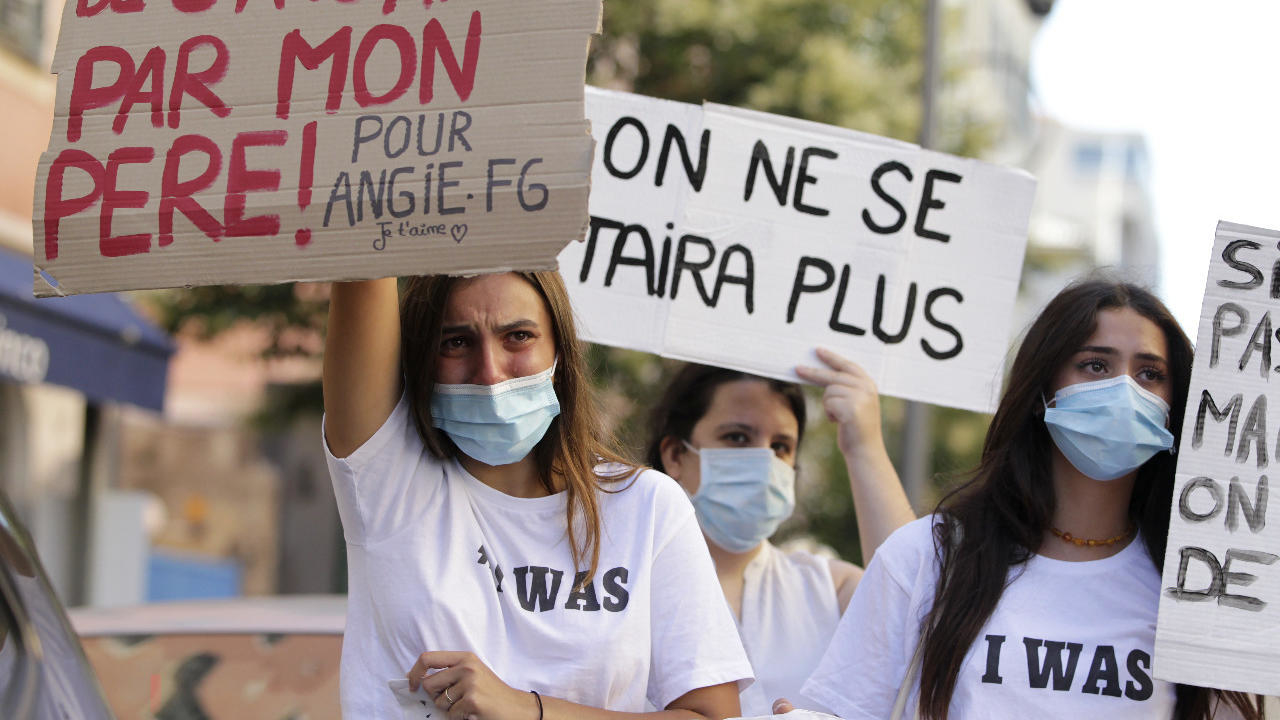 Not your sexual object: Corsicans harness the #IWas movement to challenge a culture of silence