abc– At least one hundred people have gathered at the front of the Idaho Capitol in the US to burn masks in a protest against measures taken to limit infections and deaths caused by the coronavirus pandemic.

Some groups said mask mandates are a restriction of their freedoms. Health experts say they help slow the spread of the disease.

In a series of videos, people of all ages are seen walking up to a blue metal drum in which a fire is burning and throwing disposable masks inside.

Fellow protesters can be heard laughing and cheering after the masks are set alight.

Some carried signs reading “we are free” and “no masks”.

Darr Moon, who said he is one of the organisers of the event, said people had rallied against the direction their state government was taking.

“We’re standing here today to rein back government,” he said.

Idaho’s Republican Governor Brad Little has never issued a statewide mask mandate, but seven counties and 11 cities have such requirements in place.

Visitors to the Capitol are asked to wear masks, but they’re not required and few Republican politicians wear them.

The US Senate has passed President Joe Biden’s $1.9 trillion ($2.5 trillion) COVID relief plan in a party-line vote after an all-night session that was delayed repeatedly as the Republican minority tried but failed to push through around thirty.

The plan passed in a 50–49 vote with the support of every Democrat but no Republicans.

It is one of the largest stimulus bills in US history, and has given Mr Biden his first major legislative victory since taking office in January.

The partisan victory was made possible by Democrats winning two Senate seats in Georgia special elections in January, giving them narrow control of the chamber.

Mr Biden said on Saturday he hoped for quick passage of the revised bill by the House of Representatives so he could sign it and start sending $1,800 direct payments to Americans.

“This plan will get cheques out the door starting this month to the American people, who so desperately need the help,” Mr Biden said at the White House after the vote.

The final bill includes $520 billion in one-time payments of $1,800 to many Americans, with a phase-out starting for those with annual incomes above $97,500.

It also includes $390 a week in extended jobless benefits for the 9.5 million people thrown out of work in the crisis.

Democrats agreed to reduce those benefits from $400 a week in order to secure passage in the Senate.

They want the bill signed into law before current unemployment benefits expire on March 15.

About $350 billion in aid was also set aside for state and local governments that have their budgets blown out by the pandemic. 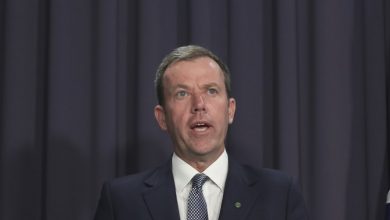 Call on UK Parliament For action against Gaza massacre

Russian and Lankan officials to meet regarding tea ban today