republicworld– To secure more doses of the Pfizer COVID-19 vaccines, Israeli Prime Minister Benjamin Netanyahu has called the boss of Pfizer 17 times in just a few days, recent reports suggested. Also, the country is paying 50 per cent more per dose than the United Kingdom. The country began its mass inoculation on December 20 and has vaccinated over 10.3 per cent of its total population. Prime Minister Benjamin Netanyahu has even said that the country could be the first to emerge from the pandemic.

According to the reports by Daily Mail, the vaccine dose in Israel is priced at £45 per dose, compared with the UK’s £30. A senior opposition official, whose identity has not been revealed, accused the Israeli government of ‘jumping the queue by paying more’. The country did not order any Pfizer-BioNTech jabs until mid-November.

While Israel’s inoculation programme is powering ahead, the drive is excluding Palestinians residing in the Israeli-occupied West Bank and Gaza as the vaccines are only given to Jewish settlers there. According to The Guardian, Israel transports batches of the Pfizer-BioNTech vaccine deep inside the West Bank, but they are not being distributed to the roughly 2.7 million Palestinians living in the region. The Palestinian Authority, which maintains limited self-rule in the territories, has said that optimistically, the shots could arrive within the next two weeks.

The director-general of the Palestinian health ministry has estimated that the first vaccines would probably arrive in February. And those would be through a WHO-led partnership called COVAX, which has pledged to vaccinate 20 per cent of Palestinians. However, as the COVAX vaccines have not yet gained “emergency use”, Gerald Rockenschaub, the head of the office at WHO Jerusalem, said it could be “early to mid-2021” before the vaccine was available for distribution in the Palestinian territories.

Even with Israel’s record-setting vaccination drive, the Palestinian authorities have not officially asked for help. The Israeli officials have suggested that they might provide surplus vaccines to Palestinians and claimed they are not responsible for Palestinians in the West Bank and Gaza. Meanwhile, international rights groups have accused Israel of dodging moral, humanitarian, and legal obligations as an occupying power during the pandemic. 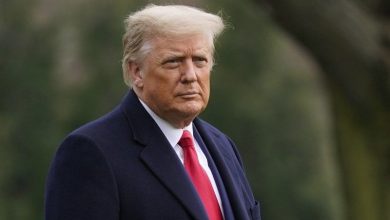