news.com.au– British Prime Minister Johnson has cancelled Christmas for 18 million people in England – with London and the South East of the country to be plunged into a new Tier 4 lockdown from midnight tonight.

Travel and different households mixing will be banned under the new highest level tier – with families elsewhere only allowed to form ‘Christmas bubbles’ on December 25 itself, Johnson told Britons today.

The drastic move will dash families’ hopes of Christmas together after a torrid year and force millions of people to stay home for weeks to come.

In Scotland, Nicola Sturgeon has introduced a travel ban meaning Scots are not allowed to visit other parts of the UK.

The First Minister said 17 cases of the new mutant strain of Covid – which has prompted the dramatic nationwide shutdown – has been identified north of the border.

Wales will go into lockdown as well from midnight tonight while Northern Ireland will enter a six-week shutdown on Boxing Day.

In England, the Prime Minister has now told around 18 million Brits in Tier 4 they will not be able to see their families this Christmas thanks to the tough crackdown.

He warned the nation he could not ignore the terrifying new strain and vowed: “We have to act to protect the public.”

Boris told the nation today: “As Prime Minister, it is my duty to take the difficult decisions, to do what is right to protect the people of this country.

“Given the early evidence we have on this new variant of the virus, and the potential risk it poses, it is with a heavy heart that I must tell you we cannot continue with Christmas as planned.

“I sincerely believe there is no alternative open to me.”

He said people would be “disappointed” but vowed he was following the science as a result of the new rapidly-spreading strain.

The PM “bitterly regretted” cancelling holidays for millions of people, he added.

And he added: “Yes, Christmas this year will be very different, but we must be realistic.

“We are sacrificing our chance to see loved ones this Christmas, so we have a better chance of protecting their lives so we can see them at future Christmases. “

There were 27,000 positive cases recorded today, the latest stats showed.

The PM had insisted just five days ago that Christmas will still go ahead for families – and it would be “inhuman” to cancel it.

MPs will be fuming as the new lockdown will be done via emergency laws – and immediately they demanded a new vote on the tougher measures.

But the Commons started its Christmas break on Thursday evening – and politicians won’t go back until January unless there’s a Brexit deal to vote on when they will be recalled.

Mr Johnson said today “there will be a chance for parliament to consider them” but it won’t be for weeks to come.

Mark Harper MP, Chairman of the Covid Recovery Group, said this evening: “This is a very sad day. Lockdowns and increasingly severe tiered restrictions have failed in their goal of slowing the transmission of Covid.

“And now the Government is expecting people to sacrifice the chance to share Christmas with family, friends and loved ones, just a few days after promising the opposite.

“If the Government wants the support of the public and Parliament, it must publish a clear exit strategy from this nightmarish, cycle of damaging lockdowns and restrictions.

“More immediately, given the 3 tier system and the initial Christmas household rules were expressly authorised by the House of Commons, these changes must also be put to a vote in the Commons at the earliest opportunity, even if that means a recall of the House.”

The draconian move comes in response to a new mutant strain of the coronavirus, which was identified in the South East back in September, which is now spreading throughout Britain.

Sir Patrick Vallance said the new strain has become “the dominant variant” of Covid because it spreads up to 70 per cent faster – a fact which has spooked health bosses.

But the new breed of the disease is not believed to be more deadly or cause any worse illness and should still be affected by the vaccine, the experts have said.

Sir Patrick said: “It’s a horrible moment for sure”.

And Professor Chris Whitty begged people not to flee the capital tonight, saying: “If you have packed a bag, unpack it.”

But he stressed a message of hope for the future as it was revealed that 350,000 people across the UK have been vaccinated now.

Deaths are lower than at the height of the first wave, with better treatments and more knowledge of the virus, he said.

The Prime Minister added: “There is now hope – real hope – that we will soon be rid of this virus. That prospect is growing with every day that passes and every vaccine dose administered.

“As sure as night follows day, we will beat back this virus. We will defeat it. And we will reclaim our lives.”

He said that while there was no evidence the new strain is more lethal, urgent work was underway to investigate it.

Prof Whitty said today the new variant had been around since early September – and now is outweighing all other strains.

He said: “If you have a high rate of this variant then it is not held by the tiers.

“Our big worry is that it’s going up in terms of percentage of where it is.

“We are really keen that people do not go from these areas. this is a bad moment.”

The new strain is blamed for a sudden surge in hospitalisations and The Sun understands evidence shows a dramatic hike in positive cases in London in the past week.

And there are fears people are catching the virus despite wearing PPE and socially distancing.

A health source said: “The last 48 hours have changed everything.”

It could be weeks until it is known just how dangerous the new breed of Covid-19 could be.

Meanwhile, stats released yesterday show those living with Covid in England have risen by almost a fifth in a week.

But the public do appear to be listening to the Government — as official figures show only half of Brits are planning to form a festive bubble.

That includes 26 per cent saying they plan to visit family and friends but not stay overnight compared with 52 per cent last year.

Only four per cent plan to meet in restaurants, cafes or bars compared with 44 per cent last year.

The PM is still coming under fire from Tories and hospitality chiefs, who want measures lifted as soon as possible, plus gloomy scientists who predict more lockdowns.

Prof John Edmunds, of the Sage science advisory body, warned: “Unfortunately it doesn’t look like the tier system is holding back the epidemic wave. We are going to have to look at these measures and perhaps tighten them.”

Documents newly released by Sage say avoiding social contacts for more than five days before meeting older or vulnerable people at Christmas will reduce the risk of transmitting the virus.

A longer period of a week or more would reduce the risk even further. A document dated November 26 says taking a rapid Covid test before a multi-day gathering inside a home could also reduce risk. 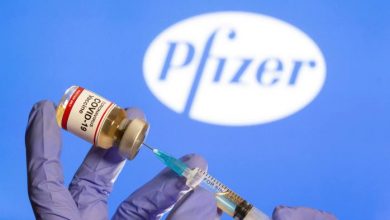 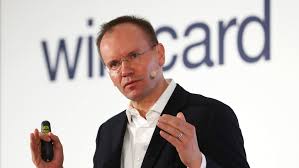 Ex-CEO of Wirecard Arrested in Case Over Missing Billions