skynews– Billionaire Gerry Harvey has spoken of his journey from working as a door to door salesperson to being the founder of Harvey Norman, adding two crucial aspects of his success were luck and his work ethic. “In those days, I used to work on percentages. I used to knock on 100 doors to get into one, and then you’d sell one in three. So, you’d have to knock onto three hundred doors to get one sale. If you knew they were the averages, you knew how much you had to do,” Mr Harvey told Sky News host Chris Smith. “So I would work twice as hard as anyone else to get into twice as many houses. “After a period when I learnt to sell, I would break every record they ever had. “You’ve got to have a work ethic. That either comes from your parents, or from watching other people who are successful. “It’s very hard to find someone who isn’t successful who doesn’t have a hard work ethic. They go hand in hand.” Mr Harvey spoke also of the role luck played in his success, arguing that if every successful person was honest with themselves, they would acknowledge their success was gained mostly through luck. “At a very early age, I knew I wasn’t very bright, to end up where I am today is beyond belief. If I can’t believe it, why should anyone else? It obviously required a lot of luck. “I’ve never probably spoken to many people who have been really successful who were really honest and haven’t agreed that luck played a huge part. “Many of them want to play down luck a little bit but I think when they really look at themselves in the mirror, they can say luck was bigger than I really give it credit for.” 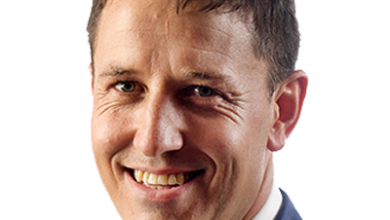