Up to 100 million additional doses of any eventual Covid-19 vaccines will be secured for delivery to poorer countries in 2021, health groups announced Tuesday, as the virus showed no sign of receding after claiming more than one million lives around the world.

The announcement doubles the number of doses already secured from the Serum Institute of India by the Gavi vaccine alliance and the Bill & Melinda Gates Foundation, following an initial agreement last month.

The public-private health partnership stressed that the eventual total is "potentially several times" greater, and said the price would be capped at $3 per dose.

"No country, rich or poor, should be left at the back of the queue when it comes to Covid-19 vaccines; this collaboration brings us another step closer to achieving this goal," Gavi chief Seth Berkley said.

As nine vaccine candidates are in last-stage trials, the World Bank said Tuesday it had asked its board of directors to approve $12 billion to help poor countries purchase and distribute vaccines.

A World Bank spokesman said that "the global economy will not recover fully until people feel they can live, socialize, work and travel with confidence."

As humanity struggles against Covid-19, the World Health Organization said this week that some 120 million rapid tests will soon be made available to low- and middle-income countries if funding can be secured.

The kits – faster, cheaper and easier to administer than standard polymerase chain reaction (PCR) swab tests, but also less reliable – will be rolled out across 133 countries in the next six months.

UN Secretary-General Antonio Guterres on Tuesday said that "responsible leadership matters" in steering the world through the pandemic.

Case numbers are climbing rapidly in Europe, where governments are clamping down on movement in an attempt to curb the surge.

Germany introduced new limits on the number of people who can attend private events, after Spain, France, Britain and Northern Ireland all imposed fresh restrictions.

German Chancellor Angela Merkel said "a reaction is necessary" after recent outbreaks were frequently traced to weddings and other gatherings.

In Britain, Prime Minister Boris Johnson appeared to share general confusion about his government's measures, apologising after wrongly saying that rules limiting gatherings in northeast England to no more than six people did not apply outdoors.

The Czech Republic and Slovakia said they were preparing to declare a state of emergency.

In Israel, which has the world's highest infection rate per capita, Health Minister Yuli Edelstein said Tuesday that there was "no way" the country's second nationwide coronavirus lockdown would be lifted after three weeks as originally planned.

Across the Atlantic, former coronavirus hotspot New York's rate of positive tests surged to more than 3 percent from below two in just 24 hours, authorities said, adding that Orthodox Jewish communities have faced a particularly sharp increase.

The figures were a "real cause for concern", Mayor Bill de Blasio toRead More – Source 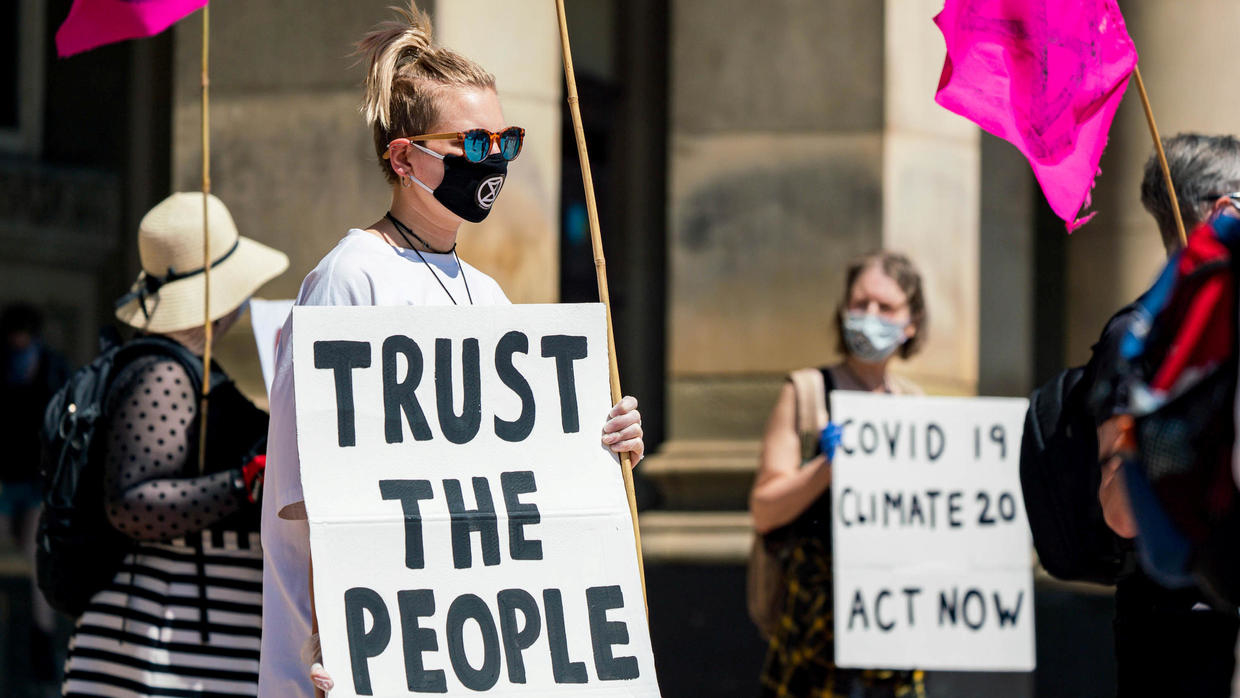