For many Lebanese, the best hope for answers about what caused the Beirut blast lies with French forensic teams and FBI investigators.

Lebanons judicial investigation of the Beirut port explosion started with political wrangling over the naming of a lead investigator, military threats to jail leakers and doubts over whether a panel appointed along sectarian lines could be fully impartial.

So for many Lebanese, their greatest hope for credible answers about the blast that wrecked much of their capital may lie with outsiders: the French forensic police who have joined the probe and FBI investigators are expected to take part.

French teams have pressed ahead at their work, sending divers into the underwater crater, taking explosives samples and preparing recommendations for both French and Lebanese magistrates. Among the French judicial police on the case are men and women who responded after the 2004 tsunami in Japan, the 2010 earthquake in Haiti, and the November 2015 and Bastille Day 2016 terror attacks in France.

The Beirut explosion lies at the crossroads of a disastrous accident and a crime scene. It still was not known what sparked the fire that ignited nearly 3,000 tons of ammonium nitrate that were stored for years in Beiruts port next to densely populated residential areas. Documents have emerged that show the countrys top leadership and security officials were aware of the stockpile.

Search and rescue crews flew in from around the world in the immediate aftermath and found themselves looking at a scene that was both familiar and yet strangely alien.

“In an earthquake, its easier because we can understand … how it moves. But in this case, we didnt have enough elements to understand what happened,” said Alberto Boanini, a member of the Italian rescue team. The team has seen its share of quakes and forest fires, but nothing quite like the port in Beirut, where he said it was hard to fathom what could level it so completely.

Many Lebanese want the probe taken out of the hands of their own government, having learned from past experience that the long-entrenched political factions, notorious for corruption, wont allow any results damaging to their leadership to come to light. The explosion killed more than 175 people, injured at least 6,000, and left tens of thousands homeless.

Paris sent judicial police because a French architect was among the dead, and French law gives jurisdiction for an investigation if a citizen dies abroad under questionable circumstances.

But the French investigators work only at the invitation of the Lebanese, and their orders are confidential.

French officials say they have the access they need but will not say whether their inquiry can extend to questioning witnesses or requesting documents. They hand over their findings to the Lebanese, but keep a mirror copy for a French inquiry. The FBI is also joining at Lebanese authorities invitation.

Top Lebanese officials, including President Michel Aoun, have rejected calls for an independent probe, describing it as “a waste of time” and suggesting it would be politicized.

In its last decision before resigning under pressure, six days after the explosion, Prime Minister Hassan Diabs government referred the port explosion case to the Higher Judicial Council, Lebanons highest justice authority, to carry out the investigation.

An argument then ensued with the outgoing justice minister over the investigations lead judge. The outgoing minister proposed a figure whom the panel rejected as too close to Aouns party. After wrangling back and forth, they settled on a compromise, Judge Fadi Sawwan, a former military investigating judge.

The Council itself is made up of 10 people, eight of whom are appointed according to the interests of the various political factions and religious sects in line with Lebanons sectarian power-sharing system.

The authorities have so far arrested at least 19 people in connection to the blast, including the head of the Customs Department and his predecessor, as well as the head of the port.

Lebanese say they want to see top officials who knew about the existence of the ammonium nitrate being investigated.

“They will blame the small guys while the ones who are really responsible will get away with their crime, thats what will happen,” said Jad, a 38-year-old computer engineer who declined to give his full name in line with his companys regulations not to discuss politics.

“Look, its simple. If this time there is no credible, serious investigation that will lead to the punishment of everyone responsible for this disaster, it is goodbye Lebanon. No one will ever want to live in this country again,” he said, standing on a bridge overlooking the decimated port. He had come to inspect the daRead More – Source 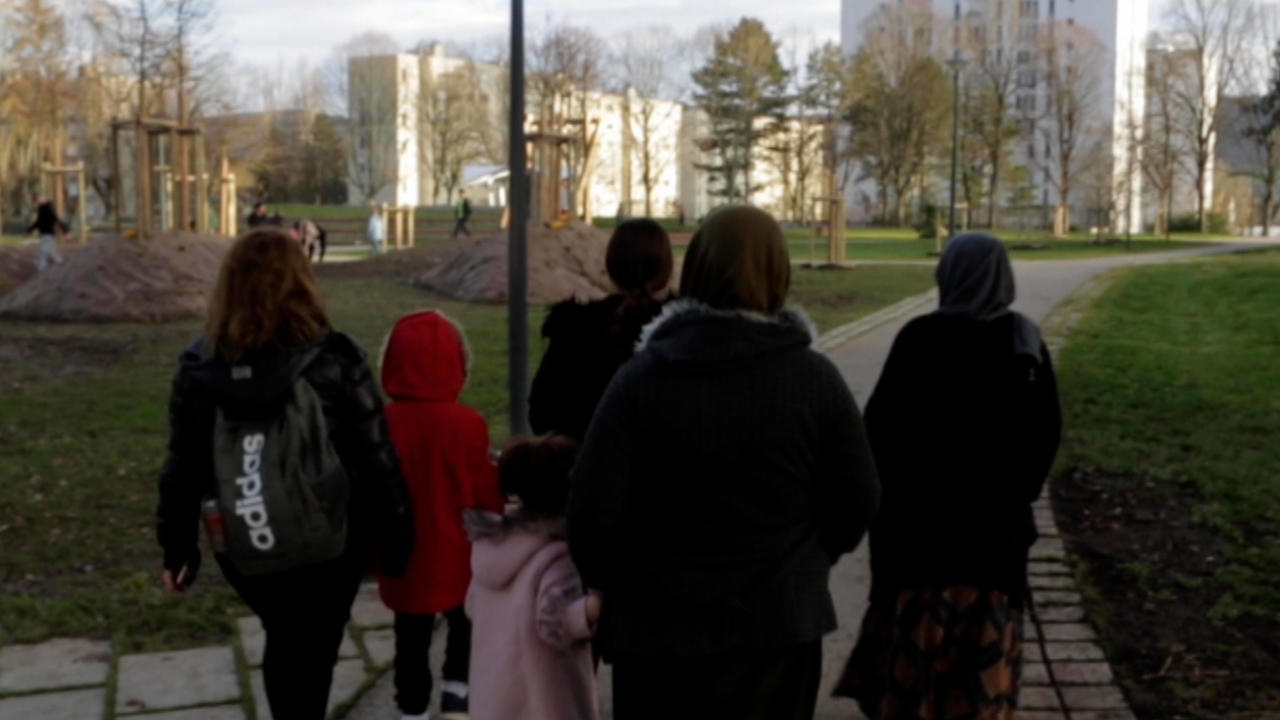 From Iraq’s Mount Sinjar to eastern France: The price of exile for Yazidi women