Apollo Minerals Limited (ASX:AON) (FRA:4AP) has selected a preferred contractor and is finalising the drill contract after a competitive tendering process for its Kroussou Zinc-Lead Project in Gabon.

In its June quarterly report, it said the proposed 12,000-metre reverse circulation (RC) rig is targeted at rapidly defining shallow (open-pittable), zinc-lead mineralisation over multiple prospects, to justify the commencement of feasibility studies, with an initial focus on the Dikaki and Niamabimbou prospects.

Drill plans have been finalised for these prospects based on historical exploration and the results of recent field exploration programs.

These include infill and extension drilling at Dikaki and initial reconnaissance drilling of the prospective contact position at Niamabimbou.

Apollo Minerals also listed its action plan for the September quarter, which includes:

The initial exploration programs overall work plan at Kroussou will include:

Apollo Minerals said it would undertake the work program with a strong commitment to all aspects of sustainable development and responsible mining, with an integrated approach to economic, social, environmental, health and safety management.

An extensive program of soil sampling has been completed across multiple prospects during its maiden field exploration campaign.

Soil sampling grids were completed at the Niamabimbou (reconnaissance and infill), Dignali, Ofoubou and Migoumbi prospects, with a total of 1,742 samples collected.

The samples will be analysed using a portable X-ray fluorescence (XRF) analyser once the recently acquired instrument is imported into Gabon.

At the Migoumbi prospect, a sedimentary channel 10 kilometres south of the Niamabimbou prospect, a geological mapping, rock chip and soil sampling program was partially completed at the end of the previous quarter, prior to the prRead More – Source

Orange is offering the cheapest petrol in the region and state 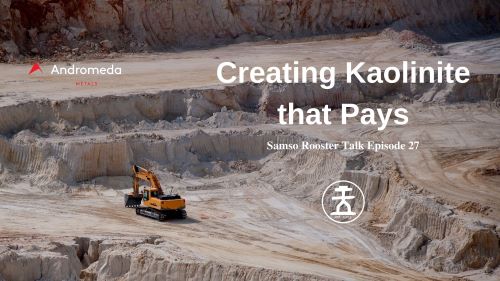