The self-confessed middleman in the murder of Maltese journalist Daphne Caruana Galizia was in a critical condition Wednesday after appearing to have attempted to kill himself, police said.

Taxi driver Melvin Theuma, who was granted a presidential pardon last year to give evidence on the deadly 2017 car bombing, was found late Tuesday lying in a pool of blood, according to police commissioner Angelo Gafa.

"The indications are that Theuma's wounds were self-inflicted," Gafa told journalists at a press conference Wednesday.

Theuma's testimony lead to the arrest of wealthy businessman Yorgen Fenech, who is awaiting trial on accusations of plotting the murder. Theuma alleges he was paid by Fenech to contract a team to place the bomb.

The taxi driver was found at his residence in Swieqi. His lawyer had raised the alarm after being unable to contact him.

Gafa said that there was no sign of forced entry.

"We saw no defensive wounds, and even the blood splatter was concentrated showing no signs of a struggle," Gafa said.

"At no moment did we have any indications that he had suicidal thoughts, and so up until yesterday his (police) protection ended at his home door," he said, in reference toRead More – Source 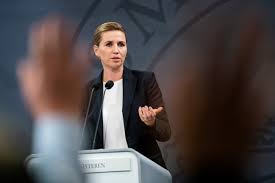