Two blocks away, on Beirut's bustling Hamra Street, a baby stroller lies atop a pile of garbage bags. "What do you think? Could we use this?" A veiled, middle-aged woman asks her young daughter. The woman holds up the contraption, examining its contorted pink rods. Across the country, elderly couples sift through refuse together, and young men scrounge for clothes and shoes to bring back to their families.Many of them cower when approached by cameras and journalists. "Please, just go to the other side of the street. Go far away," one man, searching through a Beirut dumpster, told a CNN crew. For many of those scavenging for goods in Lebanon, poverty is a new, and bitter, experience.Earlier this year, the World Bank projected that at least 50% of the country would become poor — up from nearly 30% last October.As Lebanon entered a Covid-induced lockdown earlier this year, the destruction of the middle class remained largely out of sight, but now, as it reopens, there's no escaping the dystopian scenes of desperation repeated across the country. Nearly every day, the snowball effect of Lebanon's economic meltdown brings new developments. For weeks, the country's currency has been in free-fall, losing 60% of its value in the last month alone.People's life savings, locked up by the banks' discretionary capital controls, imposed since November, are largely believed to have gone up in smoke.Doctors and university professors who, just a few months ago, were considered upper-middle class are now making the equivalent of a few hundred dollars a month.Meanwhile, prices have surged — the situation is verging on hyper-inflation — and fuel shortages have plunged the country into darkness, with power outages lasting almost 24 hours. 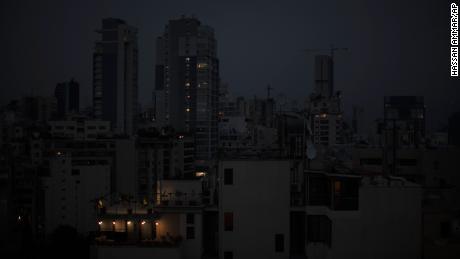 "It feels very hopeless," said Carmen Geha, an activist and associate professor of public administration at the American University of Beirut. "You're sitting and waiting and every day it gets worse, and the people around you get worse."It feels like you're waiting for the end of the world, with people eating out of garbage cans and people stealing from pharmacies," she added, recalling one recent armed robbery of diapers at a pharmacy. Diapers are prohibitively expensive for many in Lebanon. "I didn't think it was going to be this bad," she said. "I didn't think we would be living in a jungle."Less than nine months ago, the country swelled with acts of indignation against a political elite widely accused of corruption. Protesters demanding the downfall of Lebanon's sectarian leadership forced nationwide road closures, and patriotic anthems blasted from speakers set up at makeshift protest sites likened to social utopias. Fast forward to today, and the contrast is stark.The flurry of small demonstrations that continue to crop up around the country receives scant media attention. Instead, a string of recent suicides dominates conversations, and the atmosphere is solemn.Half-empty cafes and restaurants play music at low volume, and social media pages that would normally be advertising summer parties and carnivals now issue a rapid succession of calls for solidarity and humanitarian relief.Last Friday, a man shot and killed himself near a Dunkin Donuts branch in the middle of a busy street. He had prepared a sign, reading: "I am not a heretic," in reference to a well-known Lebanese leftist song, and an apparent reference to religious taboos around suicide. The verse continues: "But hunger is heresy." Even attempts to lighten the mood appear only to have succeeded in deepening people's sorrow.On Sunday, an orchestra inside the ancient city of Baalbeck's Temple of Jupiter — a venue that once hosted concerts by the likes of Nina Simone and the Egyptian diva Um Kulthoum — played to an empty hall. The concert, entitled "The Sound of Resilience," was broadcast across the country. 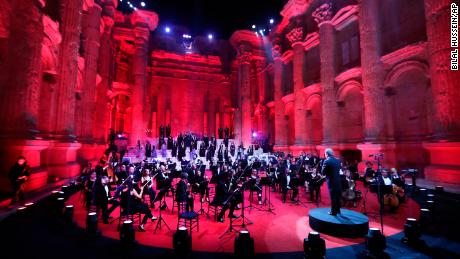 But as a light show beamed out from the concert hall to the soaring notes of Carmina Burana, a drone camera rose above the majestic temple, showing the vibrant colors glowing amid the pitch-black darkness of yet another power outage. Many saw this as funeral dirge for a bygone era. But activists insist that there will be an end to this bleak picture.Around the country, there is growing anger at a ruling elite that has done little to stymie the country's economic meltdown.Leading figures in the political class point fingers at each other, jockeying for power. Reforms promised by the government of Prime Minister Hassan Diab, a self-style technocrat, have largely fallen by the wayside.Negotiations with the International Monetary Fund have stalled after politicians aligned with the country's banking elite torpedoed the government's IMF-endorsed economic program, which had been expected to dig into bank profits. 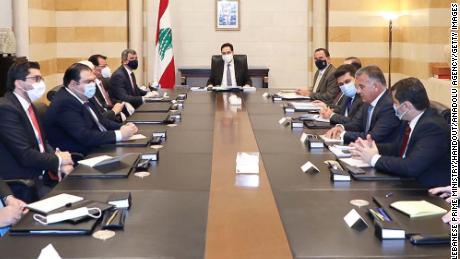 The international community — once an active player in Lebanese domestic politics — has also been largely idle.US officials have repeatedly signaled that aid would be conditional on Iran-backed Hezbollah's exit from government, where they have had seats since 2005.International transfers have slowed because more foreign banks are shying away from a Lebanese banking sector riddled with acRead More – Source