The iconic moment was in no small part the result of a shared vision for peace by two men who were said to have a personal chemistry between them. It was a day "like no other," an emotional King Hussein announced. It was "the dawning of the new era of peace… As we come together to ensure, God willing, that there will be no more death, no more misery, no more suspicion, no more fear, no more uncertainty." But 26 years on, that vision looks like an illusion. The survival of the peace treaty — one of two Israel has with the Arab world — is now in question. "We are at … the lowest level in the relationship … since the signing of the peace treaty" Jordan's Prime Minister Omar Razzaz told CNN in March. At the time, it seemed as though the relationship could be salvaged, that Israel and the Trump administration could be dissuaded from making good on promises to annex parts of the West Bank. Now, while the immediate timetable for annexation might be slipping a bit, Israel still appears to be on the verge of unilaterally proclaiming sovereignty on a patch of land that is a critical part of Jordan's foreign and domestic policy. This has driven the Jordanian sovereign, King Abdullah, into a corner. The Jordanians share the view of much of the international community when it comes to this issue: annexation of the West Bank, they say, would kill the long-touted two state solution. It would undermine a 2002 Arab peace initiative that outlines a future Palestinian state based on Israel's pre-1967 borders, with East Jerusalem as its capital. The Jordanian monarch has also long believed that there will be no end to the region's turmoil without a resolution to the Palestinian-Israeli conflict, something that appears to be an ever-dimmer prospect after US President Donald Trump's peace plan failed to bring the Palestinians back to the negotiating table. But for Jordan, this is not just about peace in the region. The end of the two-state solution would present an existential threat to the Kingdom, rattling its identity and future. 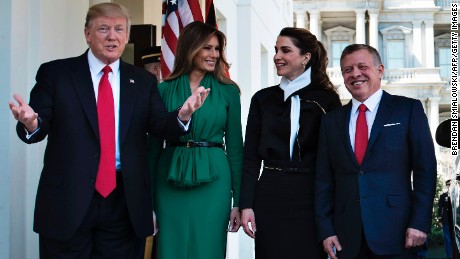 A deteriorating relationship with Netanyahu

The relationship between Israel and Jordan has grown more strained with Prime Minister Benjamin Netanyahu at the helm. Jordanian officials have always been wary of him and his right-wing politics. But a Netanyahu emboldened by Trump's backing has become nearly impossible for Jordanian officials to work with. According to a Palestinian media report citing a Jordanian official in June, the King didn't take a call from the Israeli PM. Jordanian officials would not confirm or deny the report that was widely circulated in Israeli media.The Israeli Prime Minister's office said the report is not true. "The message should be clear: annexation will not go unanswered. For if it does, there will only be a fiercer conflict. Annexation will make the two-state solution an impossibility," Jordan's Foreign Minister Ayman Safadi warned at a committee meeting in early June. The two countries still maintain close ties when it comes to security and intelligence sharing. Historically, Jordan — while small and resource-poor — has always been important for Israel. In a hostile neighborhood, Jordan provided Israel with a buffer on its eastern frontier and served as a mediator when Israel needed one.But now Jordan has its own interests at stake. More than half of Jordan's population of 10 million is of Palestinian descent, and the country is home to more than 2 million registered Palestinian refugees. From a Jordanian perspective, a future Palestinian state would ensure that these refugees would have a right of return and prevents any possibility of a further influx of people. Without that state, Jordan could turn into a de facto state for the Palestinians — something Jordanians fear is in fact the ultimate aim of right-wing Israelis.If Netanyahu goes ahead with the plan on or after July 1, the immediate concern for the Jordanians will be quelling anger on their streets, potentially putting King Abdullah in one of the toughest positions of his two-decade rule. The peace treaty between the two countries never got popular support. Calls have been growing among lawmakers and the public for the Kingdom to abolish the peace treaty and sever ties with Israel. In May, the monarch told the German publication Der Spiegel that if annexation went ahead it would lead to "a massive conflict with … Jordan." While not going as far as threatening to abrogate the peace treaty, he said all options were being considered. It was his most stark warning to the Israelis yet. It is not clear what that "conflict" would entail but unrest in the Middle East is always an opportunity for extremism to flourish. Additionally, an annexation — whether partial or total — vindicates anyone in Jordan who opposed peace with Israel, and gives those who advocated against trusting Israel an opportunity to turn around and say. "I told you so." 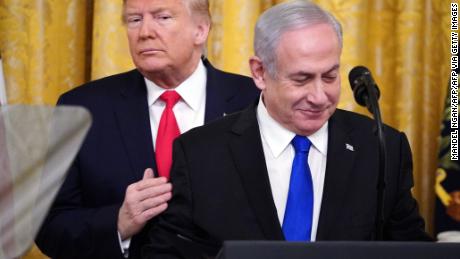 The king's options are limited. His country is heavily reliant on US aid and with a US president who has frequently used aid as leverage and threatened to withhold it from allies, Abdullah would have to tread carefully. Risking US aid would be dangerous for the country, especially with growing public discontent over the state of the economy. Standing alongside King Abdullah in the WhRead More – Source