French President Emmanuel Macron is confident of progress in key areas with Russia, notably the crisis in Libya, his office said on Friday after a video conference with Russia leader Vladimir Putin.

Macron is "confident that we can make progress with Russia on a number of subjects", a senior French presidential official told reporters, citing "a common interest in the stabilisation of Libya and the reunification of its institutions".

Macron has in recent months pursued a policy of rapprochement with Russia, reaching out to Putin over key areas of disagreement such as Ukraine, in an approach that has discomforted some EU allies.

His call with Putin comes amid a spat between France and Turkey, which Macron has accused of playing a "dangerous game" in Libya.

Turkey has intervened decisively in recent weeks in Libya, providing air support, weapons and allied fighters from Syria to help the government based in Tripoli repel a year-long assault by eastern military leader Khalifa Haftar.

Russia backs Haftar, and France is also suspected of favouring him — although Paris insists it is neutral in the conflict.

In the talks with Putin, Macron expressed "all the worries that the reinforcement of the Turkish presence in Libya cause", the official said.

But the official added that Macron also raised with Putin "foreign interference in Libya" including the presence of mercenaries from the Wagner group, a Russian paramilitary organisation reportedly run by a confidant of Putin.

According to the Kremlin website, Putin told Macron: "I know your mindset aimed at organising joint work on many of these subjects. We will support your proposals in any way possible."

The Kremlin said both leaders called for a ceasefire in Libya and a return to dialogue. 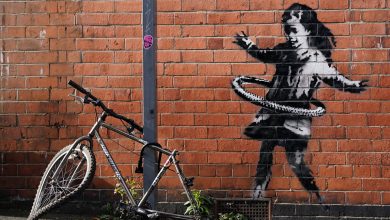 Spain protesters: ‘It is not abuse, it is rape’