One mafia ex-wife was threatened with an acid bath. Another found herself menaced regularly with a knife to her throat, wielded by her own mother-in-law, the boss of Romes legendary Roma – or Gypsy – crime clan.

Now they are cooperating with Italys anti-mafia police and spilling the secrets of a brutal and turbulent crime syndicate which served partly as the model for the Spadino family in the Netflix blockbuster Suburra.

Like their fictional counterparts, the Casamonica clansmen, overseen by 65-year-old matriarch, Gelsomina Di Silvio, are loan sharks and drug dealers and racketeers and they are not sparing in meting out extreme violence when crossed. Last week, police swept up 20 clan members in dawn raids across the Italian capital using intelligence given to them from ex-wives of clansmen who turned fully cooperating informants.

The police squads seized $22.5 million worth of assets during the raids on homes featuring faux-classical statues and gilded furniture, and the kind of bling that would make the eyes pop of even the most ostentatious of New York crime family or Latin American drug cartel.

The Casamonica clan has long been in the sights of Italian police —and the Italian media. In 2015, the family staged a movie-like funeral for its patriarch Vittorio Casamonica with a helicopter dropping rose petals and a band bashing out the theme music of “The Godfather.”

Two years ago, authorities demolished eight illegally built villas of the family in a southeastern Rome district. The demolition was observed by then-interior minister Matteo Salvini and Nicola Zingaretti, governor of Lazio region, which encompasses the Italian capital.

The raids followed court testimony earlier this year by the ex-wives, Debora Cerreoni and Simona Zakova. Neither of the women are Roma — unusual for the Casamonicas, who normally marry relatives. Zakova is a Czech national.

Part of the ill treatment the women received from family members — including their partners — appears to have stemmed from their outsider status. Much as Britains royal family has learned, marrying outside a trusted circle can spell trouble, said an Italian police commander.

The abuse the women were receiving may have doomed the family. The women have been happy to avenge their ill treatment by telling all to the prosecutors — information that is being lapped up by the Italian press. On Saturday, Gelsomina Di Silvio remained defiant during a video-linked court hearing, but seemed surprised to learn that the long list of charges already filed against her, and 44 other clan members held by the authorities before last weeks raids, was going to be expanded.

“When she heard of the additional charges to be added to the heavy ones that have already been brought against her, Di Silvio had a moment of panic,” noted Roman newspaper Il Messaggero. “Then, however, she recomposed herself,” the newspaper reported. She pronounced she would not collaborate with the investigators.

The ex-wives have clearly pointed to Gelsomina Di Silvio as being the commanding figure in the clan since the 2015 death of Vittorio. She would act as the peace broker in a family constantly at war with itself. “The different branches of the family are jealous of each other, but when there is a problem they come together, united,” one of the ex-wives said in court testimony. “They are like a wolf pack. Thats how they work,” she added.

Much of the public and media focus has been on the kind of lives the former wives endured. “They ruined my life,” she told a court in January. “They threatened to dissolve me in acid,” said Debora Cerreoni.

Zakova has spoken about how she was a virtual prisoner and was not allowed to leave the family compounds, unless accompanied, when Massimiliano, Gelsomina Di Silvios son, was in jail. Zakova said her mother-in-law would press a knife to her throat. “She is violent, she commands. She is not normal, she is the devil incarnate,” she told prosecutors.

Among other things, the ex-wives told police where to find the account books detailing loansharking deals. And the pair told them that family homes were awash with cash. “They always keep their money in cash – they don’t use bank accounts or invest it because they always fear having it seized by the authorities,” Zakova told police. Millions of euros were stashed behind false walls.

Clan members spend lavishly on lavish things — from expensive $50,000 Rolex watches to $4,000 Chanel handbags. According to the 32-year-old Zakova, “At Gucci there is someone who serves them, who is there just for the Casamonicas.”

Aside from their love of bling, family members enjoy eating sushi and frequent Russian restaurants in the Italian capital — possibly to conduct business with Russian crime gangs, some police suspect.

Gelsomina Di Silvio used to frequent for afternoon tea Romes five-star Eden hotel, part of the Dorchester group. “Often the Casamonicas pick up goods from businesses without paying by relying on the fact that, for fear, no one will report them and consequently determine a constant condition of subjugation and silence,” Zakova reported.

The clans biggest gripe reportedly is with the Italian mafias farther south, the Camorra of Naples and Calabrias Ndrangheta, trying crowd them and trespass on what the family sees as its turf — Rome. In one intercepted phone conversation, made public in court testimony, Guido Casamonica, is heard complaining: “The Neapolitans want to come to Rome, the Camorra wants to get in here, and the Calabrians want to come, too.” 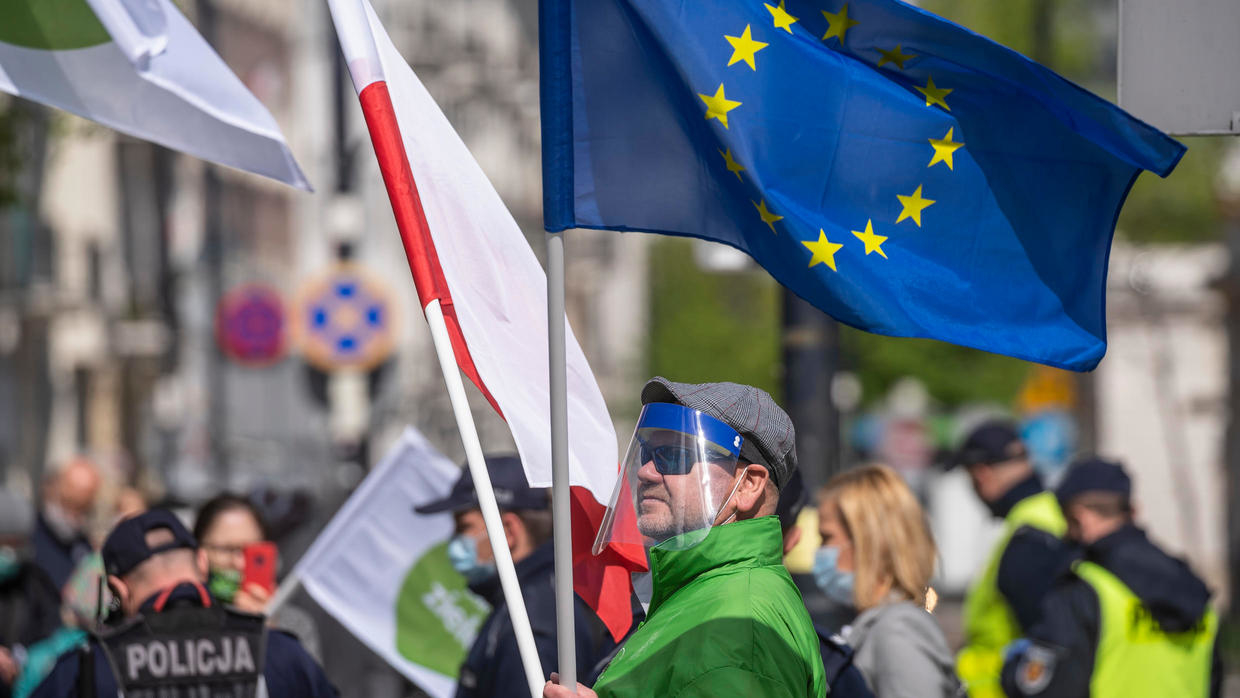 Poland to hold presidential election on June 28, after delay due to Covid-19 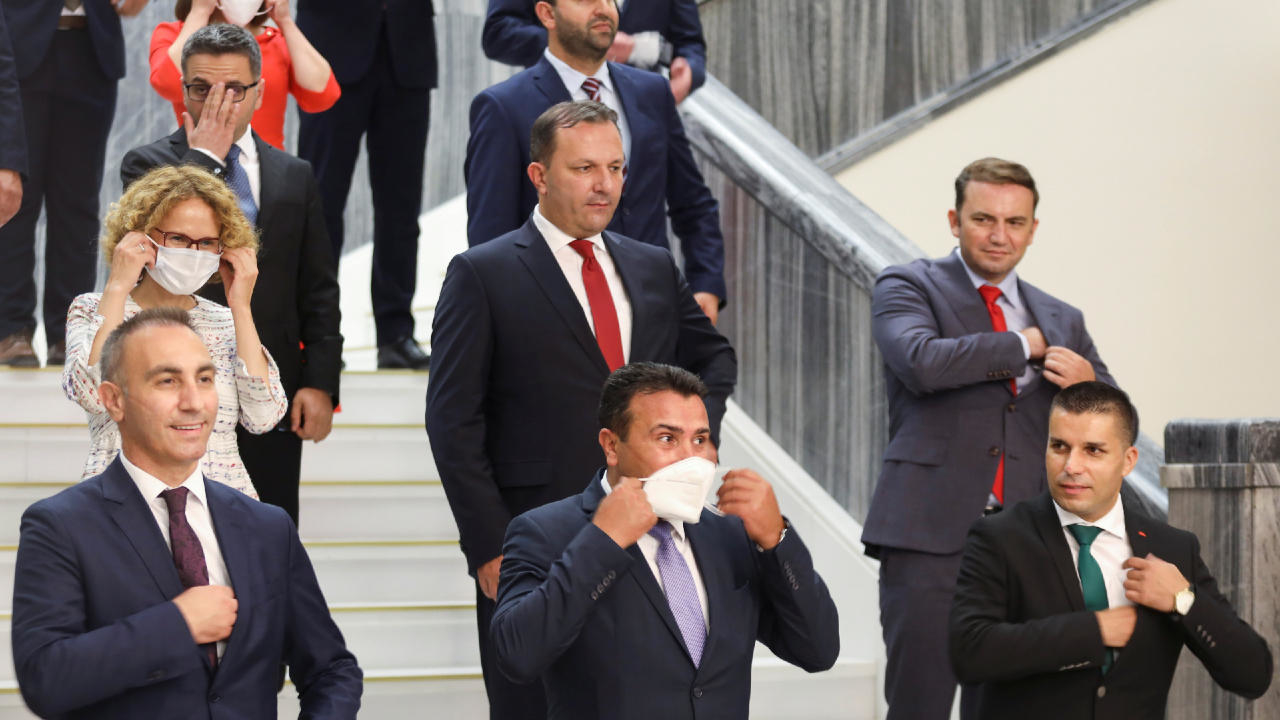