Thirty-six migrants travelling from Turkey were spotted off Lesbos and transferred to a temporary settlement in the north of the island, Greeces coastguard said Sunday.

Among the group, “one person had to be hospitalised”, an official for the coastguard press office told AFP, without giving further details.

The rest of the group were safely transferred to a migrant facility on Lesbos and quarantined for seven days under measures to combat coronavirus, the source said.

According to the Greek state news agency ANA, the group is made up of 10 women, 10 children and 16 men, all from Iran and Afghanistan.

Their boat was spotted on Saturday morning but the rescue and transfer operation did not take place until midnight, according to the coastguard.

Migrant advocacy NGOs Aegean Boat Report and Watch the Med denounced the Greek and Turkish coastguards on social media for leaving the boat in distress offshore “for 14 hours”, while they both attempted to palm off responsibility.

With the boat in their waters on Saturday evening, the Greek coastguard finally rescued the migrants.

Migrants trying to reach Europe to flee war and poverty frequently use this narrow route between Greece and Turkey in the Aegean Sea. 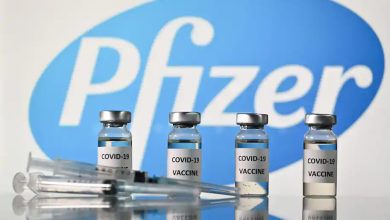 Britain approves Pfizer-BioNTech COVID-19 vaccine, which will roll out from next week