Hit hard by the Covid-19 pandemic, Spain is the first European country to lay the foundation for universal income. The health crisis has also reopened the debate about a living wage or unconditional living allowance in France and elsewhere.

Before the pandemic, the question of universal income was at the heart of the agreement between Spains ruling socialist party and the radical left-wing Podemos party to form a coalition. Faced with the health and social crisis of the countrys Covid-19 outbreak, the government announced the gradual implementation of a minimum subsistence income: a safety net of a yet-to-be-determined amount for all families with an income of less than €450.

The measure will take effect in May. “Many families dont have the means to refill their refrigerators right now,” said Pablo Iglesias, Spains minister of social rights and Podemoss leader, to the Spanish press on April 16.

Unemployment figures have reached record levels in Spain since the beginning of the outbreak: according to the ministry of social security, 900,000 people have lost work between mid-March and April 1, which surpasses the number from the 2008 financial crisis. “The minimum living wage will be permanent, as provided for in the coalition agreement,” said José Luis Escrivá, the ministrys head, on the Spanish channel Cadena SER.

“From the start, universal income has been one of Podemoss campaign themes. Today, we are somewhat in a minimum income model, which is intended to cover the essential needs of life. They are not the same thing,” explained Joan Cortinas-Munoz, a researcher at the Centre of Sociology at Sciences Po Paris and a specialist in Spanish social politics, to FRANCE 24.

Cortinas-Munoz also points out that Spanish regions, which enjoy administrative autonomy, have established their own minimum allowance programs, with the requirement that recipients are looking for work, since the late 1980s. The Spanish government has announced that its universal income program will complement these regional systems.

Will the measure suffice? “In some regions of Spain, the amounts of money in these programs are ridiculous. They provide around €500 for a single person, while the poverty line for an individual is about €750,” Cortinas-Munoz said.

“Whats more, this health crisis will be an economic crisis. The worst since World War Two. With soaring unemployment, many people will face a social welfare system thats been hardened by 30 years of reforms. Many will be excluded from accessing it,” he said.

Numerous voices are calling for a universal income mechanism. Twitter chief executive Jack Dorsey announced a donation of $1 billion to help manage the pandemic and the post-lockdown period by establishing a “universal basic income”. In Germany, the designer Tonia Merz started a petition that gained more than 460,000 signatures and was sent to the Bundestag. In the UK, 170 members of parliament called for unconditional aid for all for the duration of the Covid-19 crisis, but Finance Minister Rishi Sunak dismissed the idea.

In France, rethinking the post-crisis period

In France, the idea of universal basic income is not new. But it is newly resonant as the health crisis has demonstrated the vulnerability of workers in precarious jobs. “Those without access to partial unemployment or retirement benefits, like deliverers for digital platforms such as Deliveroo, have no financial guarantees if they stop working to protect their health,” said Nicole Teke, the spokeswoman for the Mouvement Français pour un Revenu de Base (French Movement for Basic Income, or MFRB), an organisation created in 2013.

“There are holes in social security, we want a real security base for everyone,” the activist, who welcomes Spains initiative to install a living wage, told FRANCE 24. 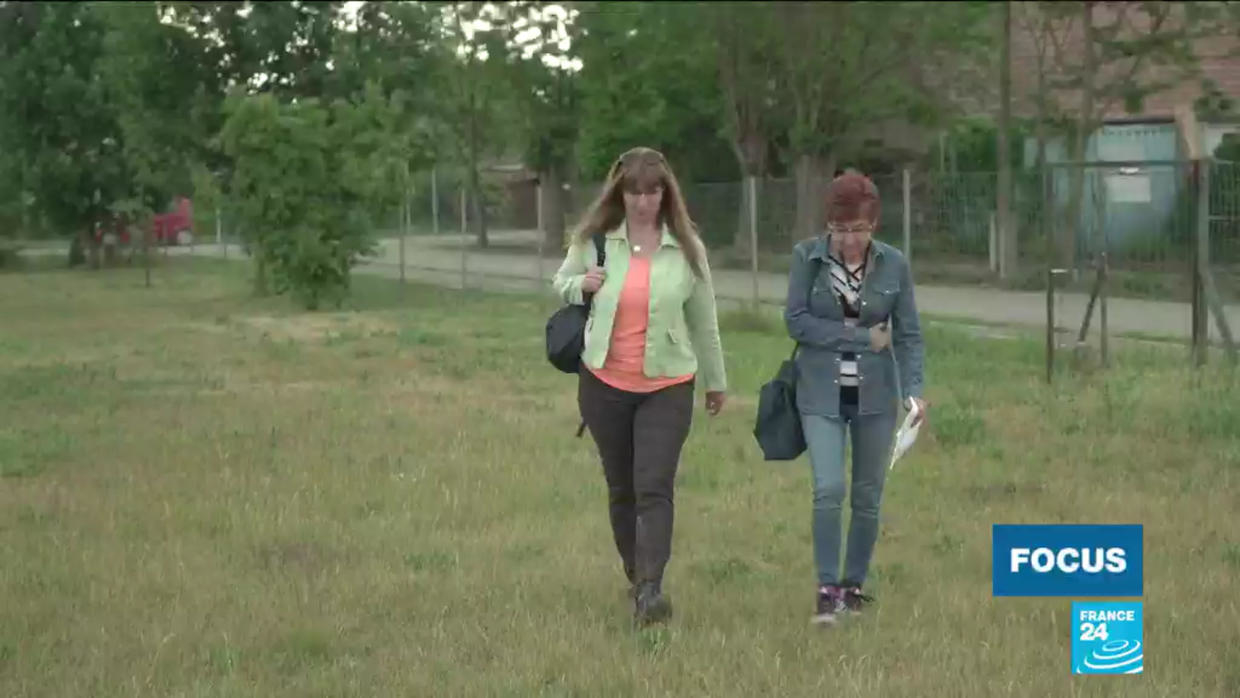 Covid-19 in Hungary: Are emergency powers being used against the opposition?