The International Organization for Migration (IOM) is extremely concerned about this rapid and ongoing rise in displacement which continues to rise in the tens of thousands every day, particularly as conflict spreads northward to highly populated urban areas.

“Over 80,000 people forced to flee violence in the last few months are sleeping under trees or in open areas in the snow,” said Joseph Ashmore, IOMs Global Shelter Coordinator.

“Hundreds of thousands of people are suffering and many more may die as extreme winter conditions take hold, provoking one of the most severe shelter crises the humanitarian system has faced in the last decade,” he added.

The majority of the uprooted are staying with host families, in camps or unfinished buildings. As displacement rises, there are less places to house people seeking refuge.

IOM has been assisting partners on the ground to reach nearly 300,000 people with humanitarian aid since mid-December 2019. In the past weeks, IOMs partners have delivered emergency items – including blankets, hygiene kits and other goods – as well as shelter materials to 129,000 people in need.

However, insecurity has impeded access of some partners – compromising the ability for affected populations to receive the most basic services.

Health centres, schools, markets and camps have been targeted by violence with increased civilian casualties reported every day.

The Organization is seeking increased funding from the international community to adequately respond to rapidly rising needs. IOM also reiterates the UN Secretary Generals call for an immediate cessation of hostilities and attacks of civilians and civilian infrastructure.

PNGO Press Release on the Latest Development in The Gaza Strip 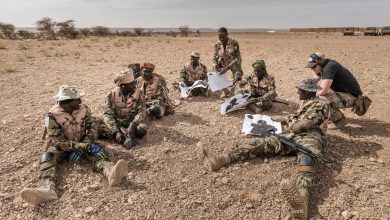