Southern Gold Limited (ASX:SAU) was a hive of activity during the December quarter centred on its suite of highly prospective projects in South Korea.

The quarter saw drilling underway at the Beopseongpo and Deokon projects while land access was granted at the Neungju project.

Exploration activities were progressed with the aim of building a pipeline of projects for drill testing once prospective areas have been thoroughly sampled, assessed and mapped.

The increased activity comes as Southern Gold plans to commission a small-scale mine in the region over the next 12 months.

The maiden drilling program of six holes for 455.52 metres at Bonanza Zone was completed at the Deokon project over the quarter.

This was a first pass scout program to test the zone's outcrop with close-spaced drilling to determine the previously unknown true width of the mineralised zone and determine representative gold and silver grades.

The next stage at Deokon will involve gaining land access to drill beneath the Shin Hill underground workings.

A total of 652.53 metres of diamond drilling was completed at the Beopseongpo Gold Project in the quarter, including 343.04 metres at Hand of Faith prospect with best results of 0.96 metres at 5.70 g/t from 36.45 metres.

A further two holes for 309.49 metres were drilled at Golden Palm with assays pending and drilling expected to continue this month after pausing for winter and Lunar New Year holidays.

This will be followed by deeper drilling at Hand of Faith, and potentially at other prospects at Beopseongpo pending land access.

Southern Gold obtained land access for the Neungju project which it believes has potential for the discovery of a large, gold-silver mineralised low-sulphidation epithermal deposit.

A 250-metre section of the well-developed Yeppeuda vein and breccia zone is the best-defined mineralised zone in outcrop and subcrop to date and the company plans to undertake initial drilling on the vein in the upcoming half year.

Change of plans at Weolyu[hhmc]

No further activities were undertaken at the Weolyu project over the quarter as the company examined new options to focus on the larger-scale potential of the system.

Drilling at depth is the new strategy but due to the deeply incised drainage valleys and very steep outcropping terrain, it is not possible to create access tracks for tracked equipment in many optimal locations to target the vein system.

Options for man-portable rigs are being investigated.

Southern Gold received the permit to develop the Kochang project, which it owns 50-50 with operator Bluebird Merchant Ventures Ltd (LON:BMV).[hhmc] 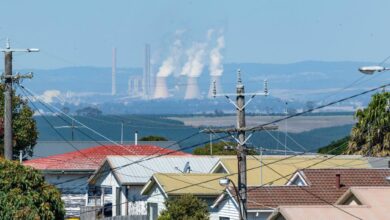 US soldier killed fighting in Afghanistan is identified