Pantoro Ltd (ASX:PNR) has received encouraging initial results from Scotia deposit at Norseman Project in WA with best results of 4 metres at 44.46 g/t gold from 174 metres including 1-metre at 115 g/t.

Scotia is the fourth major mining centre tested by Pantoro to date at Norseman and all areas drilled to date have returned results in line with expectations.

Drilling in and around the existing Scotia mineral resource of 413,000 ounces has confirmed continuity of mineralisation.

Pantoro managing director Paul Cmrlec said: “These excellent results come from the fourth deposit that we have drilled at Norseman.

“Each deposit drilled to date has provided outcomes in line with or exceeding Pantoros expectation, demonstrating the outstanding quality of the project.”

Around 27 holes for 3,794 metres of the planned 6,000 metre reverse circulation (RC) and diamond drilling program have been completed to date.

The objective is to define open pit and future underground mining potential.

Results to the north of the current pit and underground workings are very encouraging and will be followed up in the remainder of the planned program.

All aspects of Pantoros work to date have advanced in line with the project plan which is to define mineral resources and ore reserves at key mining centres within the large tenement area.

Following the recommencement of drilling after the Christmas break, there are four drill rigs in operation at Norseman, undertaking diamond and RC drilling programs. 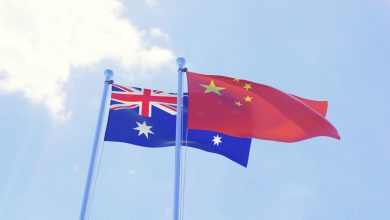 ‘People could be killed’ by dangerous drones in fire zones: DFES