This is no celebration of the darkest chapter in Iraq's recent bloody history — rather it is a warning of how dangerously efficient were those who dreamed of establishing a "caliphate" in Iraq and Syria.It's a stomach-heaving experience to recall how they wiped the history in a swath of this nation by destroying any trace of non-Islamic culture in the areas they controlled, blowing up ancient buildings and archeological sites dating back millennia. The staggering brutality of ISIS, what the terrorists called the "management of savagery," was meticulously recorded and posted on the internet to morbidly fascinate the world and ensure absolute obedience in the regions under its control.ISIS's reach was massive — they covered a territory the size of the United Kingdom with up to 12 million people in it — but it's the small things in the museum, the Nazi-like obsession with records, files, and documentation, that send the visitor reeling.Primary school books teach arithmetic by counting AK-47s. Trigonometry is explained in the context of a sniper working out the range to his human target. Children were more deeply indoctrinated with every year that passed.And that takes me back to my own childhood, in Saddam Hussein's Iraq. Every day in school, before we started any class, all children were forced to chant "Long Live Saddam!" We were taught he was always right, that he was the savior of the Arab world and our schoolbooks were all about glorifying Saddam and his Baath party. 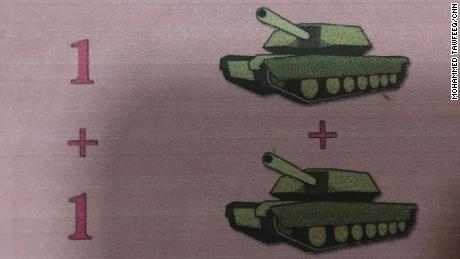 Like ISIS, Saddam was obsessed with children following the rules he created. The strategies of ISIS and Saddam are pretty similar, and indeed many ISIS leaders had once been Saddam loyalists. They brought to Iraq a different level of horror, that is still painful to remember.The caliphate minted its own coins. It pressed its own vehicle license plates. It was preparing to issue passports. 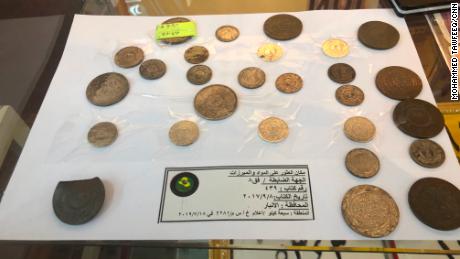 Shunned by the world, ISIS "citizens" would have been unable to travel on them but they show the degree to which this organization had pretensions to statehood.It would have been a state built on blood, terror and sexual slavery.In an exhibit called "Sexual Jihad," there's a copy of a schedule for young male volunteers wanting to have sex with a woman — either a sex slave or a devoted woman wanting to, literally, give her body to the caliphate. 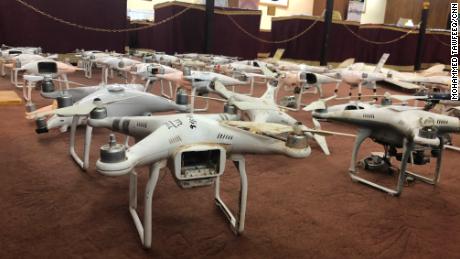 This collection of evidence and artifacts was put together by Iraqi Military Intelligence in Baghdad to understand ISIS and to study their criminal psyche. It's a private museum and CNN was the first network to be allowed inside.ISIS called for "soldiers" online and in videos posted all over social media. They were able to recruit many foreign fighters who traveled from other countries to join. Many were disillusioned young Muslim men and women, longing for understanding and acceptance of their religion in countries where they felt outRead More – Source