Violent demonstrations erupted in the capital Baghdad and in several provinces across the country on Tuesday and Wednesday over unemployment, government corruption and the lack of basic services.The government imposed a curfew starting at 5 a.m. Thursday in Baghdad, as well as Hillah, Najaf and Nasiriyah, preventing people in those cities from going to work. The curfew will remain in place "until further notice."Authorities have shut down 75% of the internet across the country, according to Netblocks, an NGO monitoring internet disruption.The fatalities included 14 protesters and one member of the security forces, as clashes erupted between demonstrators and security forces, the official, Ali Akram al-Bayati, said. Those who were wounded included 185 Iraqi security personnel, he added.There was a heavy security presence on the capital's streets on Thursday morning, with closures on the city's main arteries, several Baghdad residents told CNN. The nationwide demonstrations are among the largest the country has seen in decades. Long power outages, rising unemployment and rampant government corruption have led to growing discontent in recent years. 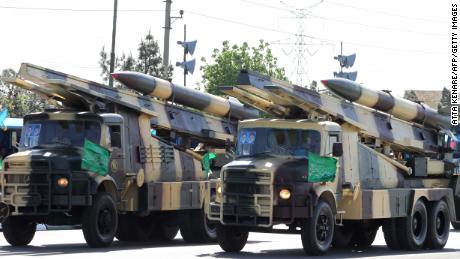 Before announcing the curfew in Baghdad, Iraqi Prime Minister Adil Abdul-Mahdi held an emergency meeting on Wednesday with members of the national security council to discuss the "unfortunate events," according to a statement released by his office Wednesday. "The Council stressed that appropriate measures should be taken to protect citizens and public and private properties," the statement said, adding that the government will make all efforts to meet the legitimate demands of the demonstrators. Abdul-Mahdi promised on Tuesday to try to provide jobs to university graduates and said all contracts with foreign companies would stipulate that 50% of the jobs should go to Iraqis. 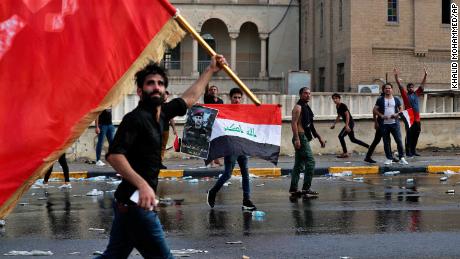 On Wednesday, hundreds of angry protesters stormed the governors' offices in Najaf and Nasiriyah, setting fire to parts of the buildings, according to state-run Iraqiya television.In Baghdad, protesters tried to cross a bridge leading to the fortified Green Zone — home to government buildings and foreign embassies — two security officials inside the area told CNN. Demonstrators also blocked the road to the airport. Iraqi security forces fired tear gas, water cannon and live ammunition to disperse the crowds, according to a joint statement released by Iraq's Interior and Health Ministries. Iraq's defense minister has ordered the country's armed forces to be on high alert, and deployed extra security troops to Baghdad International Airport. The US-led coalition against ISIS, which has its headquRead More – Source 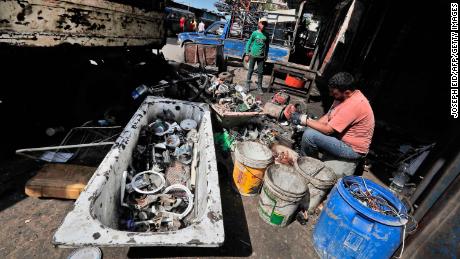