Metallica vocalist and co-founder James Hetfield has gone back into rehab, forcing the band to postpone its forthcoming tour of Australia and New Zealand.

Bandmates Lars Ulrich, Kirk Hammett and Robert Trujillo posted on Twitter to confirm the shows would be called off as Hetfield works on his recovery again.

As most of you probably know, our brother James has been struggling with addiction on and off for many years, they shared.

He has now, unfortunately, had to re-enter a treatment program to work on his recovery again. We fully intend to make our way to your part of the world as soon as health and schedule permit.

Once again, we are devastated that we have inconvenienced so many of you, especially our most loyal fans who often travel great distances to experience our shows.

We appreciate your understanding and support for James and, as always, thank you for being a part of our Metallica family.

The band was due to play concerts in Perth, Melbourne, Sydney, Brisbane and Auckland next month as part of their Worldwired tour.

The news comes as Metallica have been named the biggest metal band in the world when it comes to ticket sales.

It has been claimed the Enter Sandman legends have racked up well over one billion dollars in ticket sales since they first got on the road, in 1982.

BTS Rap Monster height, age, and does he have a girlfriend?

Cardi B suffering anxiety over second album after Invasion of Privacy

K-Pop band Day6 on not always getting along, and being influenced by Britpop 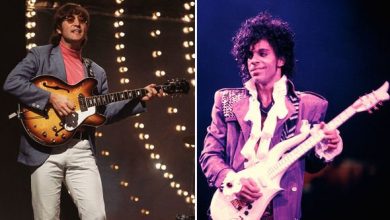