In an interview with CNN's Christiane Amanpour, Foreign Minister Javad Zarif outlined a proposal for an agreement that would augment the 2015 nuclear deal, from which President Donald Trump withdrew in May 2018.Iran would be prepared to sign an additional protocol, allowing for more intrusive inspections of the country's nuclear facilities at an earlier date than that set out in the 2015 deal. The country's Supreme Leader, Ali Khamenei, would also enshrine a ban on nuclear weapons in law, said Zarif.Such a move could potentially address one of Trump's main objections to the existing deal: Sunset clauses that allow Iran to resume higher levels of uranium enrichment.In return, Trump would need to lift sanctions on Iran, and have the step ratified by Congress, said Zarif."We are prepared, if President Trump is serious about permanent for permanent. Permanent — Iran was never a nuclear weapons state, but permanent denuclearization as they like to hear it," said Zarif.Taking steps to tighten controls on Iran's uranium enrichment program would need to happen "in return for what (Trump) has said he's prepared to do and that is to go to Congress and have this ratified, which would mean Congress lifting the sanctions."Under the 2015 agreement, Iranian sanctions relief would be sent to Congress for ratification in 2023. A lifting of US sanctions by Congress could allay Iranian hardliners' fears that a new agreement with a US administration could be canceled after the next US election. Trump's withdrawal from the 2015 agreement dealt a heavy blow to the multilateral agreement that was clinched during the tenure of President Barack Obama. 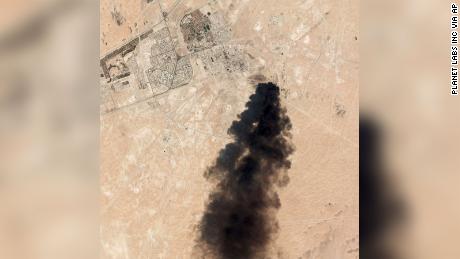 Zarif also would not rule out the possibility of a meeting between Trump and Iranian President Hassan Rouhani on the sidelines of the United Nations General Assembly this week.Asked if the two Presidents would meet, Zarif said, "Provided that President Trump is ready to do what's necessary."Responding to Zarif's comments, US Special Representative for Iran Brian Hook said, "Foreign Minister Zarif does a very good job of misrepresenting the true nature of the Iranian regime. They are very committed to their campaign of exporting violence and exporting revolution, undermining the sovereignty of other countries.""We continue to leave the door open for diplomacy. In the meantime our campaign of economic pressure will continue."Trump has previously said he "no intention" to meet Rouhani in New York. Last month, the President floated the possibility of direct talks with his Iranian counterpart. The meeting would mark the highest-level talks between Washington and Tehran since Iran's Islamic Revolution in 1979. 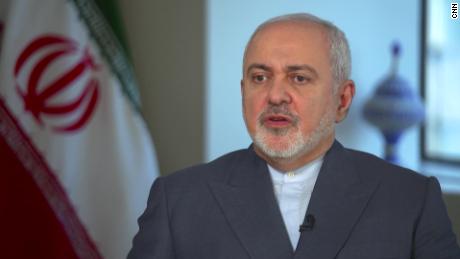 During his address at the UN General Assembly, Rouhani is expected to elaborate on plans for "de-escalation" in the region. "We believe we need to start working together for peace, for confidence-building, for de-escalation, for exchanges, and even for a non-aggression pact," said Zarif."The olive branch has always been on the table, but we are showing it again," he added. In an interview with CNN&#039Read More – Source

On the eve of the Champions League Final, Mo Salah’s greatest legacy may be off the pitch