The supply of weapons "perpetuates the conflict" and has prolonged the suffering of the Yemeni people, Melissa Parke, a member of the UN-commissioned Group of Eminent Experts on Yemen, said during a news conference presenting the panel's findings. The panel also accused coalition partners Saudi Arabia, the United Arab Emirates and the internationally recognized Yemeni government — along with the Iranian-backed rebels fighting the coalition — of enjoying a "pervasive lack of accountability." UN investigators have prepared a "confidential list of possible perpetrators" of rights violations, another member of the panel, Charles Garraway, said. Garraway pointed the finger at the US, the UK, France and Iran as "known" suppliers of weapons to Yemen, but said the commission didn't prepare a detailed list of suppliers."The group of experts has recommended that third states prohibit the authorization of arms transfers and refrain from providing arms to parties to the conflict. This is because of the prevailing risk that such arms will be used by parties to commit or to facilitate serious violations of international humanitarian and human rights law," he added.The panel's report highlights allegations of torture, sexual violence and arbitrary detention, and says warring parties may be "using starvation" and siege-like tactics as methods of warfare. "The parties to the conflict in Yemen are responsible for an array of human rights violations and violations of humanitarian law. Some of these are likely to amount to war crimes," said Parke. "The practical impact of these violations on the lives of ordinary Yemenis has been immense and wide-ranging." A UK government spokesman told CNN: "The UK has been at the forefront of international efforts to bring a diplomatic solution to the appalling conflict in Yemen. We operate one of the most robust export control regimes in the world." Alireza Miryousefi, a spokesman for Iran's mission to the UN, told CNN: "As to the claim that Iran is somehow responsible for 'war crimes,' that is beyond ridiculous. The Saudi coalition, with assistance from the West, is waging war on Yemen and committing documented war crimes, while Iran has repeatedly asked for negotiations to end the war."The US and France did not immediately respond to CNN's request for comment. Reacting to report, Oxfam's Yemen Country Director Muhsin Siddiquey said: "The violations outlined by the UN are shocking and are all the proof that's needed of the misery and suffering being inflicted on the people of Yemen by a war partly fueled by international arms sales. "The international community needs to stop arming the parties to this conflict and instead urge all involved to commit to a nationwide cease fire and inclusive negotiations that will lead to a lasting peace." 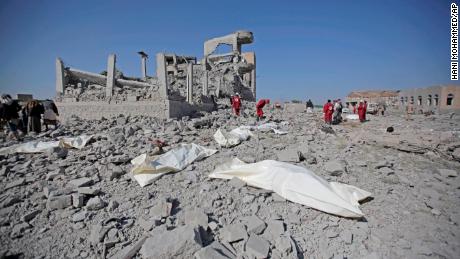 The report comes days after the Saudi-led coalition conducted its deadliest strike in Yemen this year, and the second deadliest since Saudi Arabia and its allies intervened in Yemen's war in 2015. At least 110 people were killed in the airstrike on a Houthi-controlled prison holding 170 prisoners of war on Sunday, the head of the Yemen delegation of the Red Cross (ICRC) told CNN. The building "entirely collapsed and there were dead bodies in the rubble. There were also … human remains laying around," Franz Rauchenstein told CNN after visiting the site. He described the scene as "deeply shocking and deeply saddening." The ICRC had visited the prison several times before, Rauchenstein said. UN Special Envoy Martin Griffiths dubbed the attack a "traRead More – Source 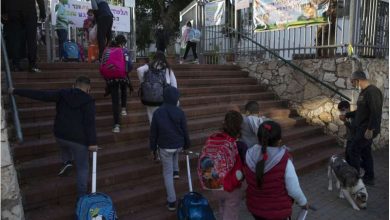 Israel’s Dilemma: Can The Unvaccinated Return To Workplaces?