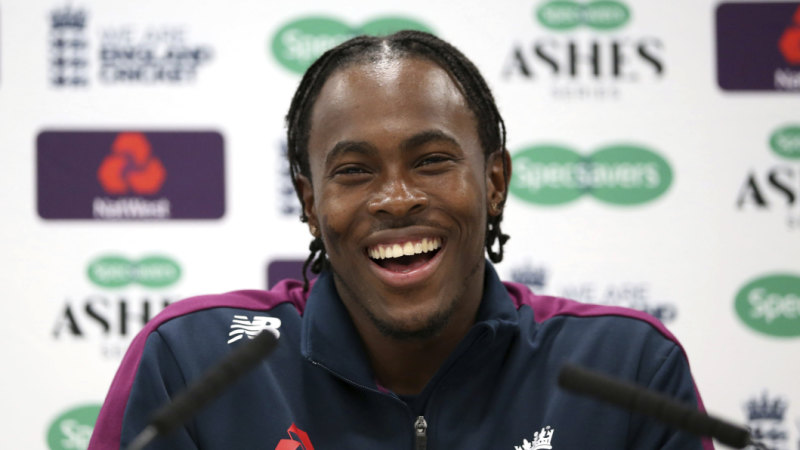 London: Australia captain Tim Paine says his team knows what to expect from a sizzling Jofra Archer as the laidback but electric England fast bowler attempts to shift the momentum of the Ashes in his Test debut.

The 24-year-old Barbados-born quick didnt play at Edgbaston as he recovered from a side strain and England took a punt on James Andersons fitness, but Archer will make one of the most talked about introductions to the Test arena in years at Lords on Wednesday.

Australias players have seen plenty of him in the Big Bash League and the Indian Premier League – where Steve Smith is his franchise captain – not to mention the World Cup, where they faced him twice before he went on to bowl the Super Over for England in the heartstopping final against New Zealand a month ago.

They remain wary, however, of his speed and his bounce even if Archer has barely played red-ball cricket in the past 12 months.

“Obviously coming into this series we knew Jofra was going to be a key player for them at some stage,” Paine said.

“We are in a bit of luck given guys have faced him, albeit in Big Bash cricket. We know how good Jofra is, we know he bowls fast, we know he is very skilful, he is a great asset for them.

"Its not every day a six-foot-five or six (195cm-198cm) West Indian turns up on your doorstep. We know how good he is and were prepared to play him. Its his first Test match as well so there is going to be plenty of pressure on him.”

Paine himself has been a teammate of Archers at Hobart Hurricanes and wouldnt have been surprised by the pacemans casual pre-Test response to the plans of Australias coach to wear him out at Lords, saying “Justin Langer has got another thing coming”.

“From the time Ive spent with him not much flusters him unless he has a bad night on Fortnite on the Playstation,” Paine said.

“That tends to get to him a bit more than the cricket but obviously he is a pretty laidback character. Test match cricket is a different beast, its up to us to put him under pressure, whether thats physically and making him bowl a lot of overs and make him back up day after day. I think that can test the very best of bowlers.”

“Hes very confident, which is great. Someone coming in with that attitude is just what you want,” Root said.

“I remember his first World Cup game, wed just done the anthems, it was obviously a huge occasion, playing South Africa … I reckon before the first ball was bowled he was asleep in the dressing-room. He is very relaxed, he knows what he needs to do to prepare well. For a young man hes quite mature in terms of cricket, which is again a great quality to have.”

Root said he believed Archer could successfully translate his World Cup exploits to the Ashes and could seriously worry Australia, not just with his pace.Read More – Source

‘This is not a game but a mission’: FFA candidates put forward vision for the game