"I thought I was going to be there forever," Kristian Baxter said, as he sat next to Lebanon's security chief Abbas Ibrahim and Canadian ambassador Emmanuelle Lamoureux. "Thank you for helping me get free," he said as he shook Ibrahim's hand. "I didn't know if anyone knew I was alive," Baxter added, breaking down in tears. Baxter was held in Syria "for violating Syrian laws," Ibrahim said at the press conference, adding that it was Lebanon's mediation efforts that "reduced his detention.""We are very relieved that Mr. Kristian Baxter has been released from Syria," the Canadian government said Friday. "Canadian consular officials have been actively engaged throughout this case and continue to provide consular services to Mr. Baxter and his family," it said. "Due to provisions under the Privacy Act, no further information can be disclosed."The Canadian government also expressed appreciation to Lebanon for its assistance in the case.Previous reporting by The Canadian Press news agency cites Baxter's mother as saying she last heard from him on December 1, 2018. She described him at the time as a "world traveler and adventurer," according to The Canadian Press report. No additional information was immediately available.

Baxter is the second Western prisoner to be released from Syria in recent weeks through Lebanese mediation. In late July, the family of US citizen Sam Goodwin confirmed that the 30-year-old was "healthy and with his family" after being held in Syria for 62 days. 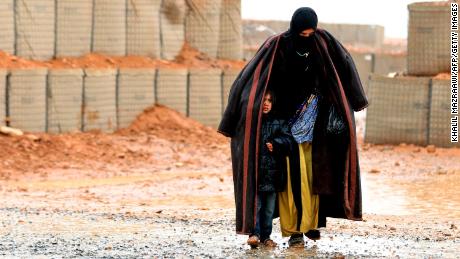 The 30-year-old had sought to travel to every country in the world and was last seen and heard from on May 25, near Qamishli, Syria, a family spokesperson said. Several other Americans are believed to remain in Syria, including Austin Tice and Read More – Source