The Right Here singer has been issued a lifetime ban after pulling out of her performance just minutes before she was due to go on stage on Sunday.

Jess blamed anxiety and exhaustion for her absence, but she has now been accused of staying out until 7am with the Spice Girls after supporting the girl band at their final Wembley Stadium date.

According to The Mirror, Jess was seen leaving Wembley at 5am on Sunday morning with friends, including Mel B, and went to a nearby hotel until 7am.

She says she came all the way, got ready and was about to head to stage when she felt incredibly weak and too full of anxiety to put on the show.

Festival organiser John Giddings had to be the one to tell the fans, the youngest of whom were crying in the audience after waiting to see their favourite artist.

Giddings told the paper: She will never be booked to play the Isle of Wight again.

It shows no regards for people that bought a ticket. Its so sad that an artist would do that to their fans. Shes let them down.

A rep for Jess told Metro.co.uk that Jess had every intention of performing but ultimately had to put her health first.

A statement said: As the show got closer it became apparent that she was physically exhausted after a very intense last few weeks of touring.

As a result we took the decision to cancel the show. Jess is extremely frustrated and apologises to all her fans.

Jess later said it was not [her] intention to let fans down but she had to do what was right for [her] physical and mental health.

I am a human being, she said. And I cant help that my body sometimes gives up on me. I am so so gutted, sorry and upset that I couldnt perform yesterday.

The hitmaker refused to be made to feel like a bad person and said she would be taking a week off to feel better.

Its not the first time Jess has pulled out of a performance this year.

In May, Jess pulled out of her BBC Radio 1 Big Weekend performance just hours before she was due on-stage, while she cancelled her Brits Week show back in FebrRead More – Source

Matt Healy eyes up Ariana Grande collaboration after covering Thank U, Next 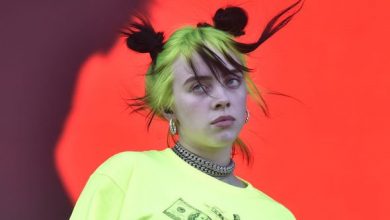 Ariana Grande to return to UK after announcing world tour