The legendary Fleetwood Mac are in London for two nights only taking to the stage at Wembley Stadium as part of a European tour.

The legendary band played its first concert on Sunday 16 June, and will return for one more concert at Wembley.

Its second date is on Tuesday 18 June, with doors opening at 5pm.

Support act The Pretenders will kick off at 6:30pm, with the main stars taking to the stage at 8pm.

The Grammy Award-winning band appeared to suffer technical issues with the sound system at its first Wembley gig.

Some fans complained of the horrendous sound while others praised the unbelievable and amazing show.

The apparent glitch in the system prompted fans to leave the venue early.

One fan said: We left, the sound was honestly unbearable. Really feel for everyone there tonight, especially Fleetwood Mac. How can I claim a refund?

When are Fleetwood Mac tour dates?

After the second and final UK date on Tuesday, Fleetwood Mac will head over to Australia.

The show will open in Perth in August before plating at Sydney, Brisbane and Melbourne.

The band will play five dates in New Zealand in September, before heading to Canada at the end of October. 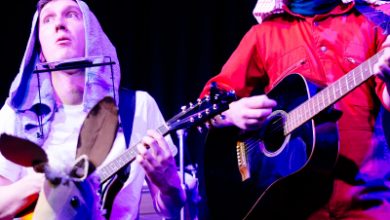 BTS becomes the first band since The Beatles to get a third No. 1 album on Billboard 200 chart in 12 months