Year 3000 hitmakers Busted and British landmark Hampton Court Palace arent the most obvious pairing, but the trio definitely proved theyve still got it as they gave us classic hits, nostalgia galore, and questionable cargo shorts.

Charlie Simpson, Matt Willis and James Bourne, along with drummer Eddy Thrower, took us straight back to the noughties with their electric set list and stage presence and, honestly, we had the time of our lives.

Although being surrounded by the towering architecture of the London landmark was slightly jarring, particularly before the sun had set, the lads didnt let it faze them, with Matt simply pointing out: This is a f***ing weird place to play, before asking: Have you had a f***ing picnic? Its all very middle class, isnt it? Very Charlie Simpson.

The shade of it all.

With the audience made up of everyone from a seven-year-old boy with parents who tried and failed to cover his ears for the swear words, to a sweet older couple who bopped along, as well as the expected twenty-somethings who made up the Busted generation, everyone was on their feet from the beginning.

Kicking things off with classic hits Air Hostess and What I Go To School For, the boys clearly knew their audience was after a good old nostalgia trip, and they didnt disappoint.

Switching between oldies but goldies and hits from their new album Half Way There, the boys notably kept away from their 2016 record Night Driver, which saw them straying away from their original sound, in favour of the Busted that everyone knows and loves.

Slowing things down halfway through the set, the lads belted out Tom Pettys Free Fallin before finishing things up with their beloved ballad Sleeping With The Light on, which left us bawling. Cheers lads.

Coming back onstage for an encore after an audience chant of Year 3000, it was clear theyd saved the best for last as the trio paid tribute to the Jonas Brothers, who theyd joined onstage earlier in the day at Capitals Summertime Ball for an epic collab.

Did someone say worlds colliding?

With Matt cheekily thanking Joe, Nick and Kevin for paying my mortgage for four years, the boys rocked out to their beloved tune, clearly having the time of their lives.

Seeing the boys back together on stage again is certainly a thrill for long-time fans, after their shock split in 2005.

With Charlie, who left for alternative band Fightstar, infamously likening the experience of being in Busted to torture at one point, we really did think wed never see the trio back together again.

However, the 34-year-old took every opportunity to dance, hug, and laugh along with his old friends, paying no mind to the 10 years the boys spent apart from each other.

Plus, after the former Fightstar frontman previously assured Metro.co.uk that the band would never have to split again, everything is right in the world. Well hold you to that, Simpson. 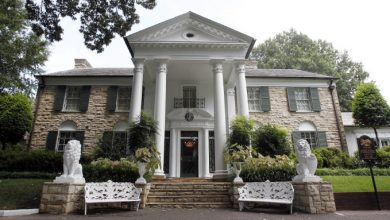 Elvis Presley hologram tour: Graceland on The King’s view and if such shows will happen