Liam Payne has hinted that he was often drunk while on stage with One Direction, admitting that his time in the band was often toxic.

The former boybander found fame in 2010 as one fifth of the band Simon Cowell put together furing their time on The X Factor, and they become a worldwide phenomenon but Liam, now 25, has suggested that it was tough to keep performing the same 22 songs at the same time every single day.

The band went on indefinite hiatus in early 2016 and have yet to reform, with Liam going on to release his own solo singles.

When youre doing hundreds and hundreds of [concerts] and its the same 22 songs at the same time every single day, even if youre not happy, youve got to go out there, he said.

Speaking to Australian Mens Health magazine, he added: I mean it was fun.

We had an absolute blast but there were certain parts of it where it just got a little bit toxic, its difficult when you have the level of fame that we had in the band.

One Direction won seven Brit Awards, four MTV Video Music Awards, six Billboard Music Awards, seven American Music Awards (including Artist of the Year in 2014 and 2015), and 28 Teen Choice Awards during their five years on the road, and have sold over 50 million records worldwide.

In recent years Liam has had a well publicised relationship with Cheryl, and the pair welcomed their first child, baby son Bear in March 2017.

If you've got a story, video or pictures get in touch with the Metro.co.uk EnterRead More – Source 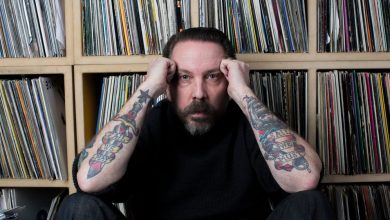 Andrew Weatherall: The ’90s master of the remix

Westlife wont be having a full reunion after all