Baku – Another defeat in a European final and another year without Champions League football. The first season of the post Arsene Wenger era ends in deflating disappointment for Arsenal.

Unai Emery's record as a Europa League specialist had given Gunners supporters hope that he could bring them success in the competition and lead them back to Europe's elite.

Instead Arsenal left Baku with their tails between their legs on the wrong end of a 4-1 hammering from London rivals Chelsea.

A third successive season away from the Champions League comes after two decades of sustained involvement, with all the loss of prestige that entails.

Emery has won this competition three times before and will have another crack next year after his side finished fifth in the Premier League, behind Chelsea and Tottenham Hotspur, prior to this defeat.

It was always going to be a difficult task picking up the pieces after Wenger's departure and ultimately the Spaniard has made scant progress — from sixth in the Premier League last season to fifth this time, and from beaten semi-finalists in the Europa League to beaten finalists.

"We have not achieved our first target but we were close in the Premier League and we were in this final. The next challenge is to do one more step on our way," Emery said.

"We are disappointed but in general I think we made a new step in improving and being competitive to progress next year."

Arsenal started well in Wednesday's final but were ultimately crushed by their opponents in the second half, never recovering after Olivier Giroud's opening goal against his old side.

Substitute Alex Iwobi's brilliant volleyed effort came too late to change the outcome of the game.

Their 25-year wait to win another European trophy goes on for a club whohave now lost in their last four appearances in a continental final.

Chelsea have won five European titles over that last quarter of a century, and Arsenal are being left to play catch-up on and off the field at the Emirates Stadium.

The difference in prize money between Europe's two club competitions is huge, with the winners of this season's Champions League set to earn around €100 million ($111 million) and winning the Europa League worth less than half that amount.

Arsenal had already dropped to ninth place in the most recent Deloitte Football Money League, in between Chelsea and Tottenham, with revenue of just under €440 million last year.

Not being in the Champions League is a major factor in that, although the financial rewards on offer domestically remain massive.

They brought in almost £139 million ($176 million) from television in the Premier League season just finished, and a new kit deal with Adidas is believed to be worth in the region of 60 million a year for the next five years.

Nevertheless, not having the pulling power of the Champions League will be a concern for Emery aRead More 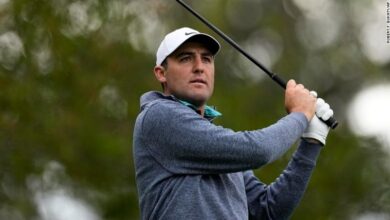