The exploits of Winx are known the world over, so when Kluger backs up into Saturday's Queen Elizabeth Stakes, his trainer Tomokazu Takano is not only well aware of the challenge at hand but “honoured” to be sharing a special moment of racetrack history.

Kluger was a surprise fourth in Saturdays Doncaster and Takano saw enough recovery from the Japanese raider to justify a start seven days later on day two of The Championships.

Winx will be chasing a 33rd-straight win in what has long been flagged her career swansong and Takano is thrilled to be taking her on with Kluger.

"We are very well aware of Winx and have been following her for years," Takano told The Age via a translator.

"The general Japanese racing fans are also aware of Winx and being able to participate in this race is an honour. The eyes of the racing world will be on Randwick, it is a day for the history books and we are very excited to be part of it. Its going to be something very special."

Even though Japanese horses are renowned for their toughness, it is rare for them to back up so soon after a run at stakes level.

As such, Kluger has had just 20 well-spaced runs in his career and never raced on less than a three-week back-up, but the way the seven-year-old found the line in the Doncaster, the positive post-race signs and an excellent 2000m record of a win and just one unplaced run from five tries at the trip have boosted Takano's confidence. 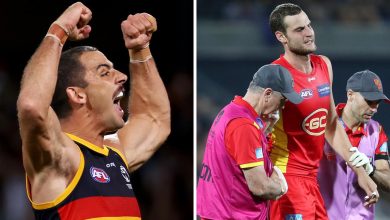